“The council has admitted that our current stadium requires significant investment and that we are in an unsustainable position," the club's chairman said 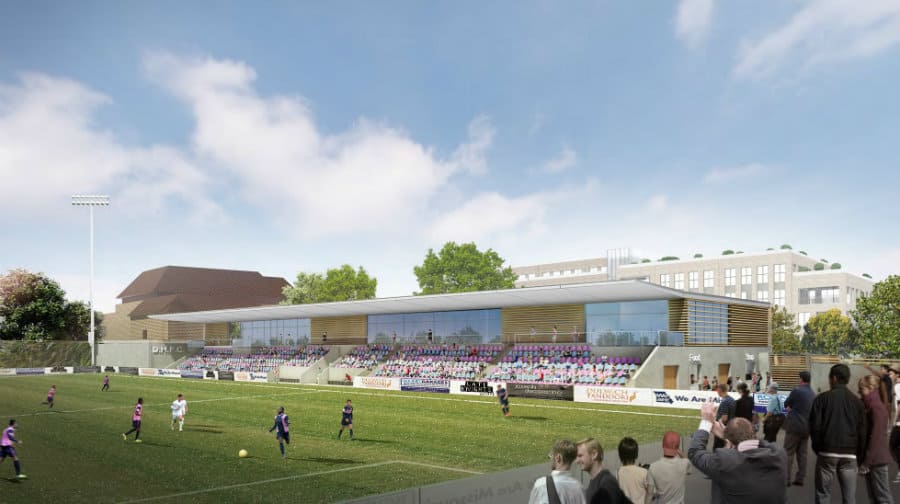 The chairman of Dulwich Hamlet has said the football club’s future has been put “in danger” by Southwark Council’s refusal to approve plans for a new stadium at Champion Hill.

Tensions between the club and the council have been mounting since spring 2016, when a planning application was submitted to build a new stadium and club facilities, partially sited on neighbouring Greendale Fields.

But the planning application remains unanswered, and the club’s development partner, Meadow Residential, has sought a planning appeal over the council’s indecision, which due to be heard by a government planning inspector in December.

Club chairman Liam Hickey told the News that Southwark’s refusal to approve the club’s new stadium (twinned with plans for 155 new flats beside it) would make the club’s future “unsustainable”.

Liam said: “The council has admitted that our current stadium requires significant investment and that we are in an unsustainable position.

“The buildings and stands really need refurbishing and there are flood lights that are thirty years old.”

Without a new stadium, it is feared that club and it supporters fear it will be unable to muster the investment needed to explore renovating the current stadium, while the possibility of relocating elsewhere in Dulwich has also been ruled out as too expensive.

“People look at the footfall we get and assume the club must be doing alright, but our accounts are all public. Our rent bill is very high on the site and we have been living on short-term leases since we moved here,” Liam added.

Dulwich Hamlet Supporters’ Trust has also raised concerns that the council may not renew its lease on the site, which is due to expire in November – before the appeal is due to be heard in December.

Mark Williams, Southwark Council’s cabinet member for regeneration and new homes, said the council “supports” the club, but argued that the current situation “does not stop the club operating from its current premises”.

Cllr Williams added: “The current proposals do not comply with the council’s planning policy, most significantly in the delivery of affordable homes and protection of green space. We will wait for the decision of the planning inspectorate and work towards the best outcome possible for all parties.”