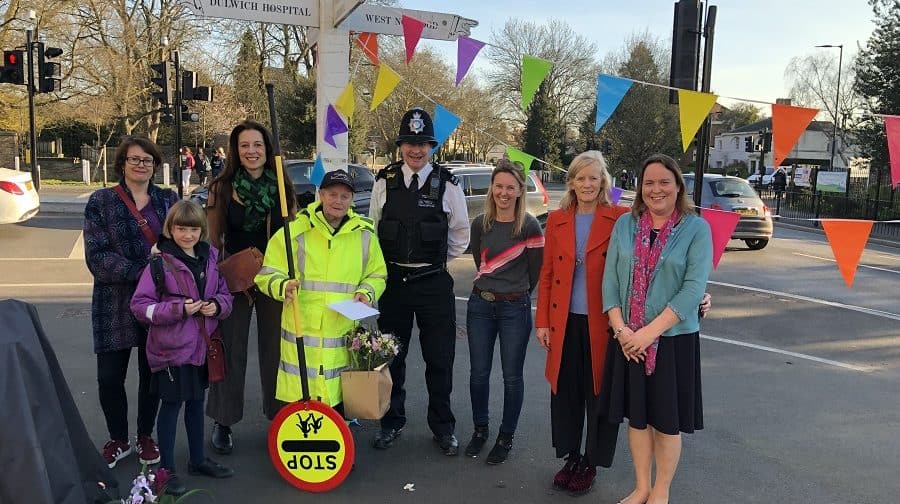 A lollipop lady in Dulwich has celebrated her 40th year helping children safely cross the road.

Since 1979, seventy-year-old Alice Hayes has helped thousands of pupils cross Dulwich Village junction on their way to school.

On Tuesday, February 26, she was joined by children, parents, school staff and councillor Margy Newens, who thanked her for her dedication and hard work since taking up her post.

Ros Walton, from Dulwich and Herne Hill safer routes to school group said: “Accustomed to rising at 5am, Alice never struggles to be at her post by 8am and always has a smile for everyone, whether it’s a glorious sunny day, pouring with rain or freezing temperatures.”

All 360 children at Dulwich Hamlet Junior School – which Alice’s own children attended – wrote their own individual messages of thanks, with pupils from other schools including Alleyns, James Allen prep, and Dulwich Village Infants School, also turning out to show their support.

And, so Alice could enjoy her celebrations and take some deserved time off, local police officer PC Daniel McLynn helped out by taking over her afternoon shift.