John Burgess, 27, died after being hit in the head by the train when he bent down to pick up his bag. 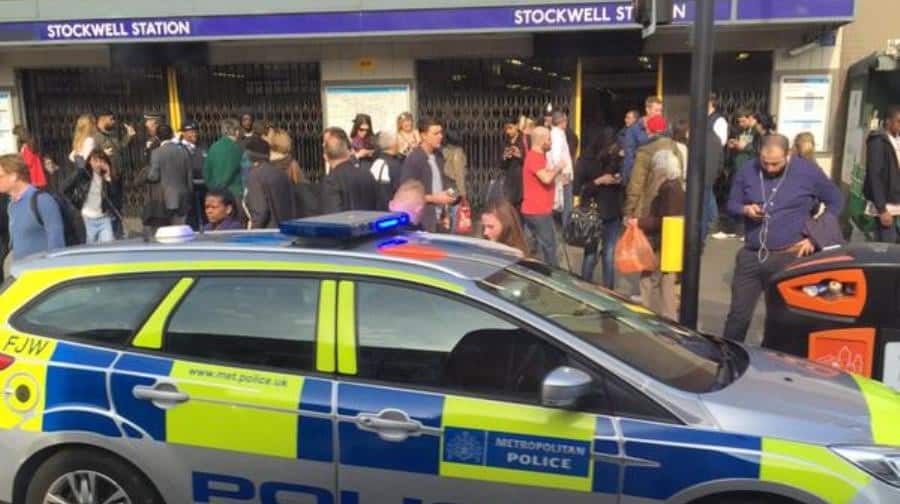 The scene outside Stockwell tube station after the collision

A Dulwich man who was struck by a tube train as he reportedly bent to pick up his bag in Stockwell station has died, British Transport Police confirmed on Wednesday.

Josh Burgess, 27, suffered ‘serious injuries’ in the tragic incident, which occurred during rush hour on April 10. He passed away on April 13 although his death was only confirmed yesterday.

The SE22 resident was hit in the head by the Northern line train as he bent too far forward at the wrong moment. He was treated at the scene by station staff and emergency services and then rushed to King’s Hospital on priority.

Witnesses took to Twitter to express their shock at the upsetting scene.

One man posted: “Just saw a poor guy get his head pretty much sliced off by the tube at Stockwell as he bent over to get his bag. Poor guy. Hoping he’s ok.” Another witness said: “Was on this train. Awful. Man hit in the head by oncoming Tube train in horrific accident.”

The accident occurred a month after a young woman was dragged along a crowded Clapham South station, three stops away from Stockwell. Both incidents sparked calls for improvements to safety.

Joshua Baker said on Twitter: “Gave first aid to the poor chap hit by train at Stockwell this morning. Can’t help but feel if the platform had safety barriers he would be okay.”

Nick Brown, London Underground’s chief operating officer, said that while the station was busy it was ‘not overcrowded.’

A British Transport Police spokesman said: “We can confirm that the man struck by a train at Stockwell London Underground station on Friday, 10 April, has since died in hospital.

“BTP officers are currently preparing a report for the coroner and the incident is not being treated as suspicious.”