“It’s very cavalier of them breaking these rules, like they’re cowboys,” said councillor 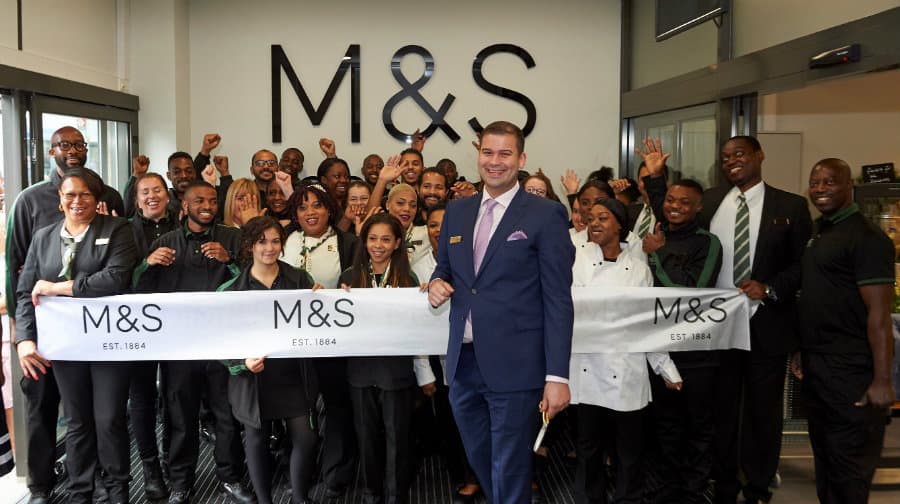 Staff at the shop's opening in August

The long-awaited Marks and Spencer in Lordship Lane has been ordered to take down store signs that have been made too large, the council has confirmed.

After years of speculation, the new supermarket opened on August 31.

The council has confirmed that the new foodhall breached several planning conditions before M&S moved in as new tenants, and that “warning letters” have been fired off to those responsible.

The first complaint was that the new kid on the block had been staying open an hour later than permitted – until 11pm. Another was that morning deliveries were being made outside the allocated area, producing a disturbing amount of noise for locals.

Another breach of the rules was the shopfront’s “oversized” and “unauthorised” 84-90 lettering. To top it off, the council launched a “planning enforcement investigation” to discover that the building’s third floor had been built half-a-metre higher than agreed.

“It’s very cavalier of them breaking these rules, like they’re cowboys.”

A Southwark Council spokesperson told the News: “Marks and Spencer is in breach of several planning conditions around opening hours, servicing arrangements and plant noise. This is already being investigated as an Enforcement Case that began earlier this month. Warning letters have been issued regarding the breaches

“The Developer was issued a warning letter and asked to remove the unauthorised signs.”

An M&S spokesperson said: “Being a good neighbour is of the utmost importance to us. We take any feedback on deliveries seriously and are taking action ensure we do not disturb the local community.”