Their fundraising total will be announced in January 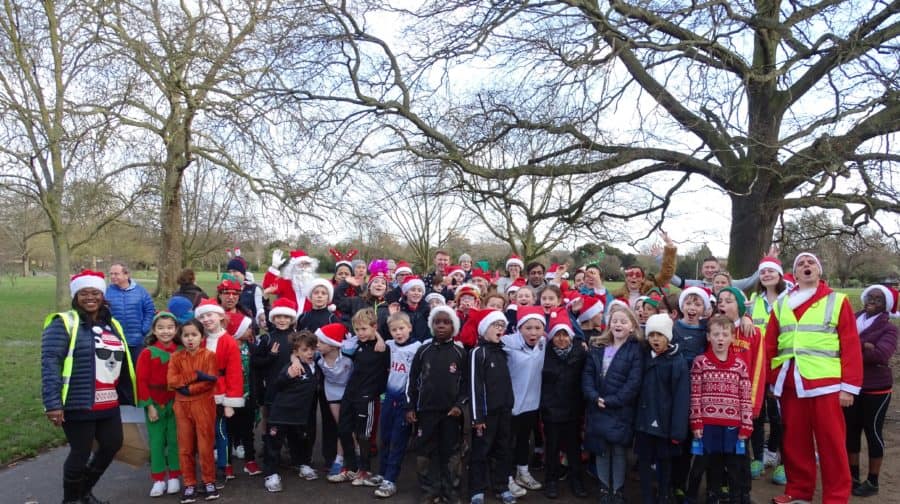 Pupils from Dulwich donned their best festive outfits for a sponsored run raising money for charity.

More than 40 took part to raise cash for a Ugandan charity, Action for Fundamental Change and Development, which runs a free school in Uganda for children whose families cannot afford their education, and Save the Children.

The school in Uganda is based in Bwaise, the largest and poorest slum in Kampala, the country’s capital city.

As well as taking part in the little Santa dash through the park, the girls at JAGS have also been selling homemade Christmas gifts at their Christmas charity fair.

Their fundraising total will be announced in January.