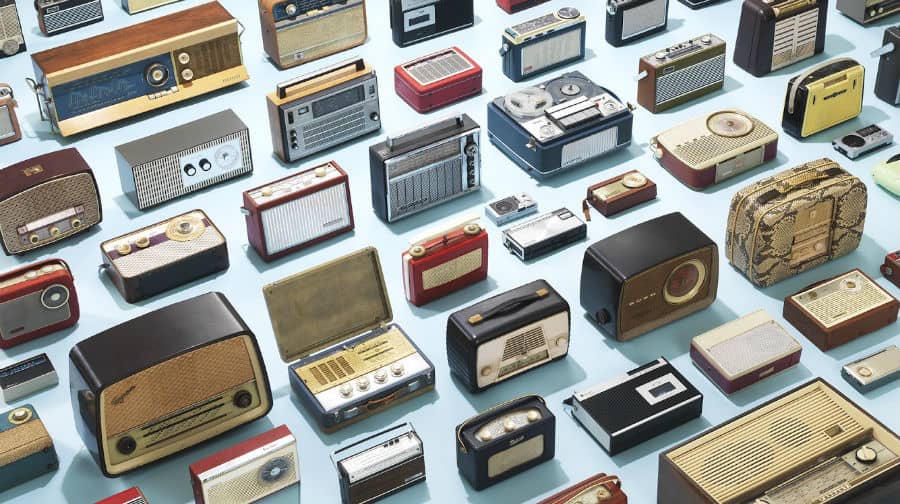 AN ENTHUSIAST who amassed a collection of 1,200 radios in Dulwich and then built his own museum is now the subject of an online video exhibition, writes Frances Berry…

Gerry Wells,who died at the age of 85 in 2014, had some of the earliest example of radios right up to models from the 1980s in his collection, which are now displayed in a museum.

From the age of four Mr Wells had a passion for electronics. In The Blitz of WW2, Mr Wells used to salvage electronical parts from bombed houses.

He then started an electronics repair business, salvaging any radios or TVs that interested him, until it became his lifelong passion. He would fix and revamp old electronics that people bought him, as well as make replicas of old models andhis collection grew until he had enough to start a museum.

A friend of his, John Thompson, 50, said: “They were very good replicas and some have turned up in auctions and even collectors haven’t realised they weren’t original. When they found out though, they didn’t mind having a Gerry Wells original!

“He was drawn by all things electronic. He never grew up and stopped being that mischievous naughty boy. When you were with him you felt you were entering into a different world.”

Mr Wells’s collection can be seen at The British Vintage Wireless and Television Museum, a charity which is the only working wireless museum in the UK.

“He was over the moon when the charity was registered and it legitimised everything he had done,” Mr Thompson said.

“His memory is in the whole museum. It was collected by him and the building was built by him as he was into carpentry and building sheds. It would be difficult to separate the museum and collection from him because he was so a part of it.”

The new online video exhibition from Safestore about Mr Wells also showcases other people who have compiled collections of history.

Tiffiny Franklin, Digital Outreach Executive at Safestore, 24, said: “Newspapers and magazines these days are full of de-cluttering articles, and it could be eradicating our history.

“The campaign was looking at collectors and we stumbled across this incredible nostalgic collection of radios.

“The radios are really beautiful and lovely, and extremely expensive. It depends on who you’re asking, because collectors can pay a lot for something they’re interested in.”

Speaking about Mr Wells, she said: “He was not a specialist by training, he owned it by his love of fixing radio. He really was one in a million. He was kind of a hipster before it kicked off.

“He worked right until he died. He wasn’t one to just sit around, he was going to be tinkering around in the shed.”

She added: “The whole collection itself is rare. You may get replicas of the radios in this retro age we live in, where people like that sort of thing, but the whole thing together is rare.

“I don’t think you would find anything like this collection of radios in this country.”

The exhibition series will carry on with new videos on Scalextrics and taxidermy collections.

Mr Well’s life can also be seen in his autobiography Obsession and in a documentary called Valveman made by the British Vintage Wireless Society.

To see the video, visit https://www.safestore.co.uk/stuff-is-great/collections/vintage-radio-collector/?utm_source=SS&utm_medium=Outreach&utm_campaign=BL_SIG_20160510

The museum asks for visitors to make an appointment, encourages group visits, and asks for a donation of £10.