The Charter School is fundraising to swap traditional light bulbs for LEDs to save £2,000 a year 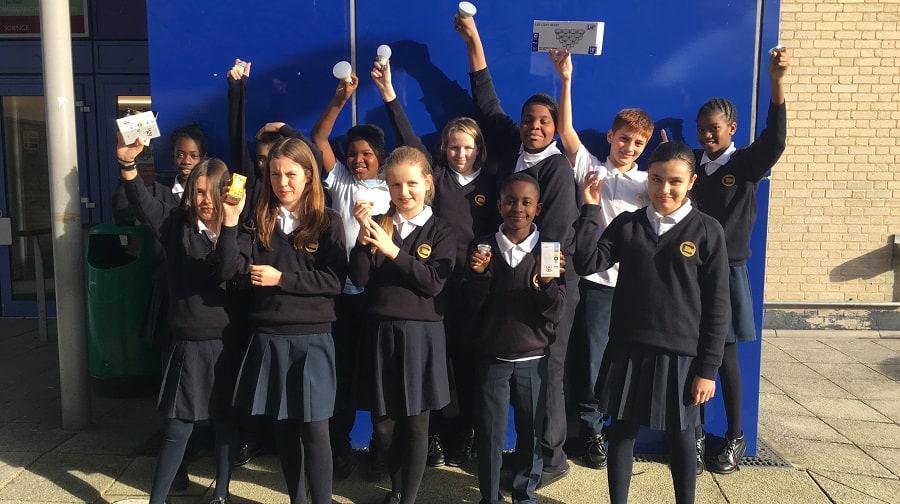 Pupils at The Charter School

A Dulwich school is hoping to slash its £110,000 electricity bill by swapping traditional light bulbs for LEDs.

The Charter School currently spends a mammoth £200,000 a year on its energy bill, including more than £110,000 on electricity – most of which is used for lighting.

At a time when schools are having their budgets squeezed, Charter is exploring every avenue to cut costs – and swapping the light bulbs is seen as a “win-win” situation for both saving money and helping the environment.

In a bid to save vital funds, The Friends of The Charter School parents’ group has set up a fundraising campaign initially to raise £5,000 to switch to LEDs and save £2,000 a year.

The move is also expected to help the environment by saving about nine tonnes of carbon dioxide a year.

Emma Jones, a member of the parents’ group committee, who also works as an energy efficiency consultant, told the News: “The school would much rather be spending its money on teachers and provision for the pupils than electricity.

“They said they wanted to invest in some LED light bulbs, because they were aware their electricity bill was very high, but it was just as they got hit by budget cuts so there really wasn’t any money in the pot to do it.

“It’s almost £200,000 spent on gas and electricity a year so that’s about £200 per pupil and that’s partly because it’s a fairly old building so this just seems like a win-win way of supporting the school.”

“This is a very cost-effective thing to do,” she added. “Every £10 donated to this campaign will save the school £4 a year for fifteen years (the average lifetime of an LED bulb) or £60 in total.

“And every £37 donated will reduce carbon dioxide emissions by one tonne.”

If enough money is raised, the school expects to begin rolling out the LED bulbs during the February half term break.

Headteacher Christian Hicks added: “As a school we are constantly looking at ways to reduce our energy bills, not only because we would prefer to spend that money on educating our students, but also to reduce our environmental impact.

“However, it is often the initial capital investment which prevents many schools from initiating schemes such as this, especially when you look at the costs involved to replace all of our existing light bulbs with energy-efficient LEDs.

“We are very fortunate to have the fantastic support of our PTA, The Friends of the Charter School, in helping us to secure the money we need to start this project.”

To donate to the fundraising campaign, visit: www.justgiving.com/campaigns/charity/tfotcs/ledlights