"The local population is really begging to get in and enjoy the pub again," new manager said 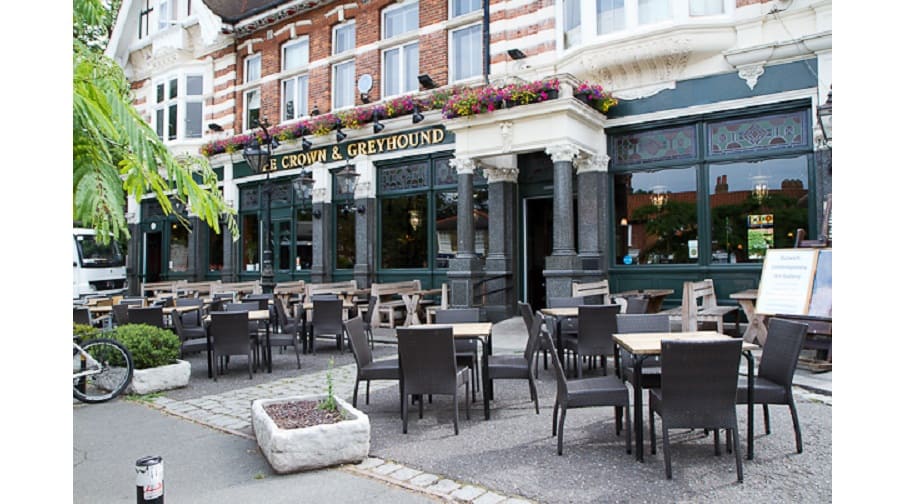 The new look Crown and Greyhound

This month will see the long-awaited reopening of one of Dulwich’s most popular pubs, the Crown and Greyhound.

The grade-II listed boozer in Dulwich Village, which first opened in 1890, has been closed for refurbishment since September 2014, but will reopen its doors on June 19.

At its helm will be general manager Brian Gallagher, who worked at The Plough in Lordship Lane.

Brian told the News: “It’s really good that things are starting and are nearly ready to go. The local population is really begging to get in and enjoy the pub again.

“The character is old school as you walk in. A lot of the furniture has 1920-40s style wood. Then towards the back it’s much more modern.

“The menu will have traditional dishes like guinea fowl and lamb duo. The bar will have a seasonal tap with four different beers sourced from London, and will change every three months.”

The Greyhound pub, from which the current pub grew

He added that there will be quiz nights further down the line, held on Sundays, and jazz nights held for the first few weeks.

With the combined space of the bar, restaurant and garden, Brian said the pub could accommodate up to 600 people.

The Crown and Greyhound was first closed after its landlord, the Dulwich Estate, ordered the renovation of its upper floors to create a 20-room hotel.

A new addition to the building will be a heated canopy-covered outside dining area with barbecue facilities for the summer months.

When the Crown and Greyhound was opened in the late nineteenth century, it was built to replace two rival watering holes: The Crown, which dates back to the 1720s, and The Greyhound, which both faced each other on opposite sides of the old village high street.

Charles Dickens and Joseph Paxton (who designed the Crystal Palace) were both known to have stayed at the Greyhound. It was also a favourite among the original Dulwich Hamlet football club’s players, who used to make a habit of carrying their goal posts through The Crown’s grounds before matches.