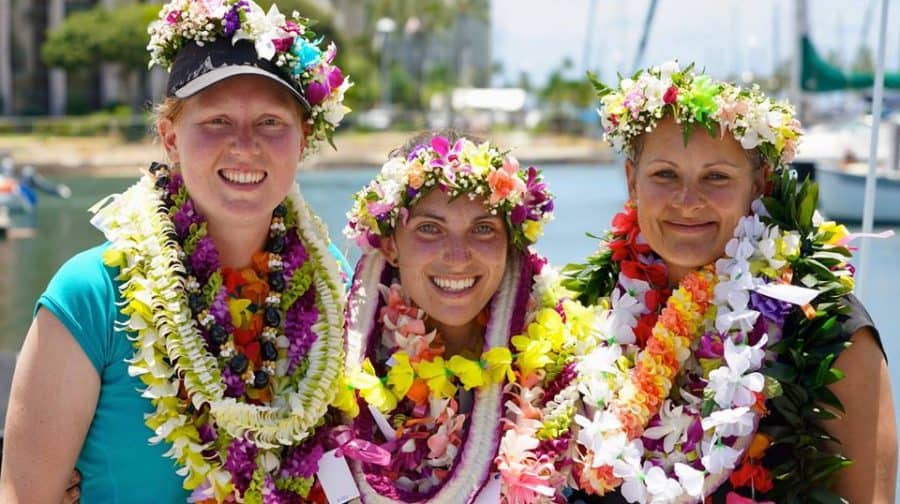 The women competed in the Great Pacific Race’s ‘World’s Ultimate Endurance Challenge’ which pitches teams against each other as they cross 2,400 miles of open ocean from Monterey, California to Waikiki, Hawaii.

The crew ended their record-breaking voyage in 62 days, 18 hours and 36 minutes on August 8th 2018 – coming second behind an all male crew of four. 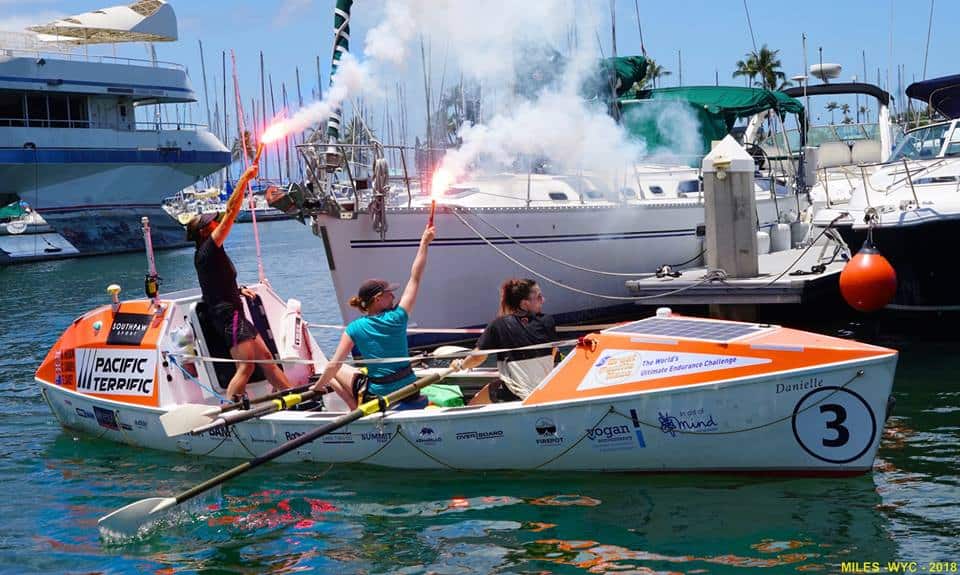 Megan said: “I’ve been in dangerous situations before when mountaineering, which prepared me well for the hostility and perceived dangers of being alone and at the mercy of the elements on the vast open ocean.

“It was the experience of a lifetime, and reaffirmed for me the skills and behaviour required to succeed in a challenge of this scale.

“When things are at their toughest, it’s vital to laugh to lift the mood and remember that every moment is fleeting, with a new perspective always on the horizon. Our pragmatic approach saw us thrive.”

During the crossing the crew experienced 40ft waves, shark sightings, close encounters with 400m cargo ships and even two hurricanes.

Challenging conditions brought by vast storms early on in the race forced two crews to capsize – but not the Pacific Terrific who successfully made it to Hawaii. 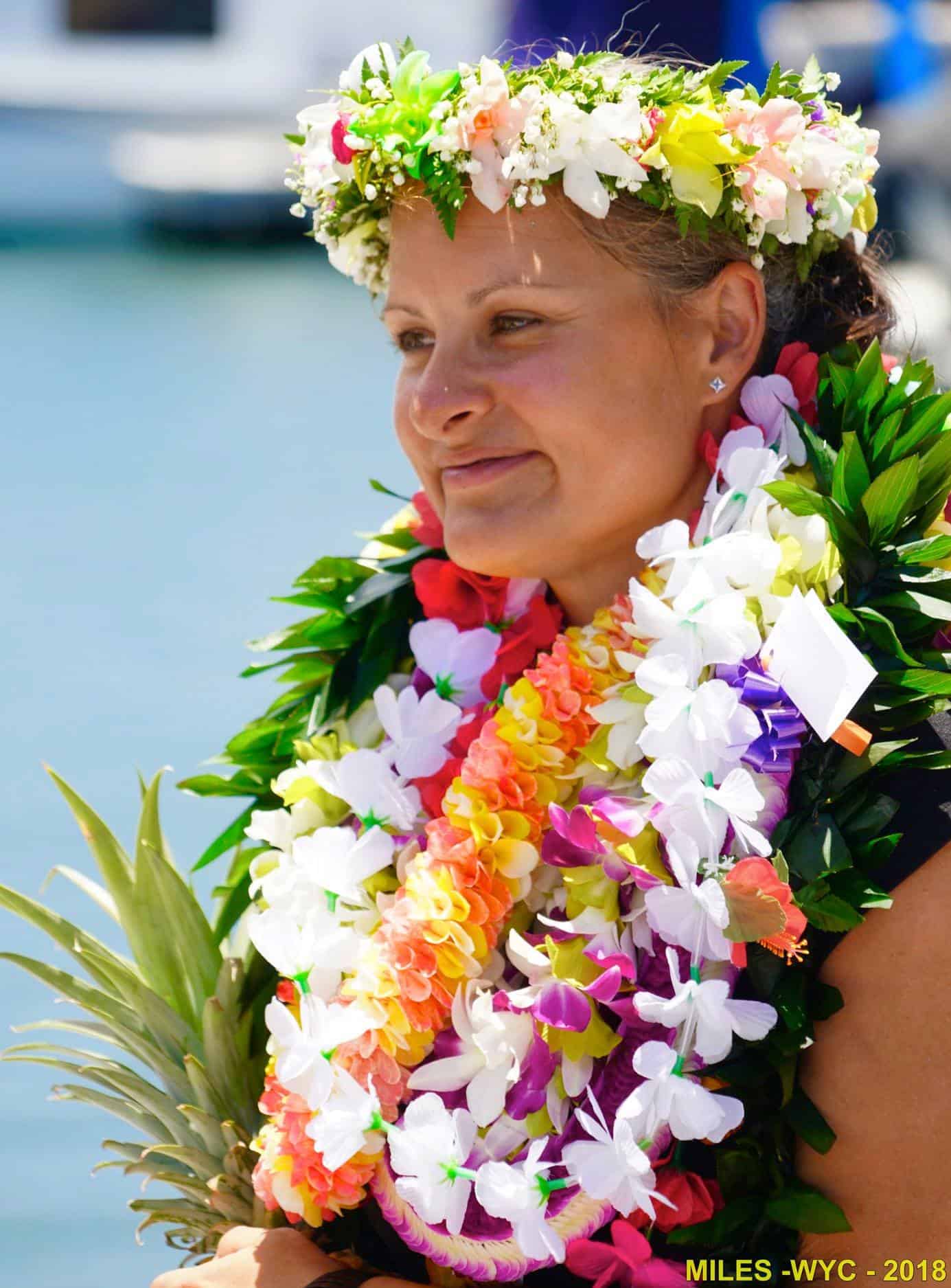 Megan Hoskin, from Dulwich, achieved her record setting feats as part of the crew of the Pacific Terrific

They kept all of their food and equipment on their custom built 24ft long ocean row boat called the Danielle, not taking any assistance from passing boats.

The three women worked a punishing shift pattern of three hours on, three hours off – spending their spare time sleeping or carrying out repairs.

The crew were rowing to raise money for mental healthy charity MIND, as well as raising awareness of plastic in the world’s oceans.

They said: “There were days when we saw more plastic in the ocean than wildlife. It certainly bought home the extent of the issue of plastic pollution in our oceans, and our need collectively to address it.”