Friends of the Earth was so impressed by Dulwich Wood’s efforts that they gave £7,500 to the school 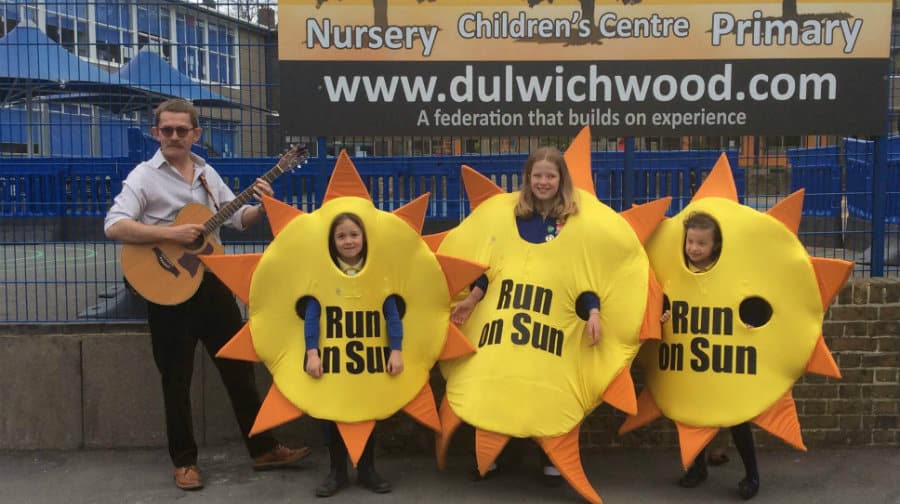 The solar panel project started in 2014, when Dulwich Wood School entered the national Run on Sun competition by Friends of the Earth.

The competition offered the winning school a set of solar panels worth £15,000.

As part of the competition the schools were asked to send in a piece of artwork, song or dance about why their school should go solar.

Dulwich Wood was pipped to the prize by a school in Walthamstow, but Friends of the Earth was so impressed by Dulwich Wood’s efforts that they gave £7,500 to the school in order to help them buy their own solar panels.

The remaining £7,500 was raised by members of the community, including the Friends of Dulwich Wood Federation, the school’s parents association, who helped by organising ‘Fruity Fridays’ and cake sales. A donation was also made by the congregation at St Stephen’s church on College Road. Dulwich Wood pupils also spread the word by entertaining crowds at the West Dulwich Festival, by playing in a steel band.

A day after the festival, the school received a donation worth £2,000, anonymously (with Gift Aid, the amount increased to £2,500.)

To see Dulwich Wood’s music video entry for the campaign, type ‘Journey to the sun Dulwich wood’ into Youtube.”