'It’s strange, but thrilling, to think that a simple question led to this code that could save people’s lives in the future' 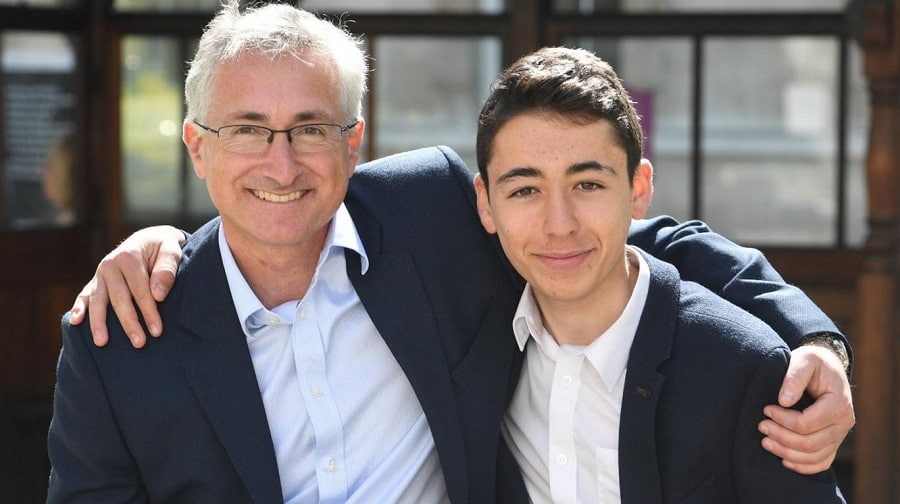 A Dulwich teenager helped create an award-winning coding system that could save the lives of heart attack patients while he was on work experience.

Ben Wald, sixteen, was observing heart surgery during work experience at Barts Health Centre when he noticed how doctors came up against the issue of patients with missing or incomplete medical records.

The Dulwich College student suggested that a surgeon could leave a message in a patient’s chest to indicate the number and locations of heart bypass grafts a patient has received.

He and his father, Professor David Wald, a cardiologist at St Bartholomew’s Hospital, came up with the idea of using the twists and positions of the metal wires used to close the sternum as a code.

And in March the code was awarded the prestigious Patrick Magee Prize for Innovation from the Society for Cardiothoracic Surgery.

“It’s strange, but thrilling, to think that a simple question led to this code that could save people’s lives in the future,” said Ben, an A-level student.

“It was amazing to observe a cardiac surgeon and a cardiologist at work and I am grateful to St Bartholomew’s Hospital for giving me that opportunity.”

Ben’s dad explained the importance of knowing whether a patient has been operated on before.

“When operating, cardiologists need to know if the patient has been operated on before and how the previous surgeon has re-plumbed the arteries,” the cardiologist said.

“When this information is missing, the idea of using sternal wires to let future doctors know what operation was done before is a simple solution that could help many patients.”

Mr Shipolini, cardiac surgeon at the Barts Heart Centre, added: “This is a fresh and unique idea that solves a common problem many hospitals have. I have used the code and it’s easy to apply using surgical equipment that is already in place.

“The challenge is now making this code routine and we are talking to surgeons across the country to do so.”

About one in six patients who have previously had coronary artery bypass surgery and are taken to hospital suffering a heart attack are at increased risk of complications because the necessary surgical records are not available.