‘My dying wish is to meet Ed Sheeran’

Barbara Morris, who has stage four metastatic melanoma, says her last wish is to meet the songwriter in person 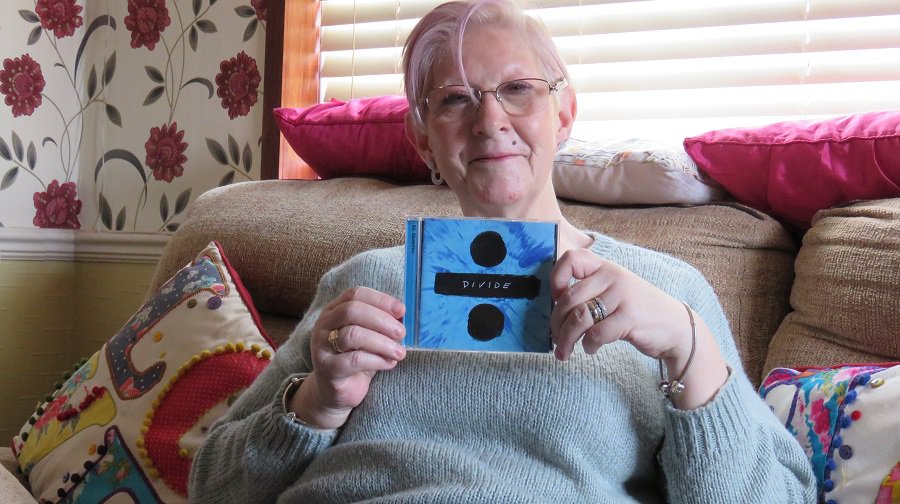 Barbara Morris, who has stage four metastatic melanoma, says her last wish is to meet her favourite musician Ed Sheeran in person

A Bermondsey woman suffering from skin cancer says her dying wish is to meet Ed Sheeran, after being given just months to live.

Barbara Morris, 65, was first diagnosed with malignant melanoma a few years ago after noticing a lump on her right leg, which doctors managed to cut out.

She put it to the back of her mind and focused on caring for her husband of 47 years David, who died of pancreatic cancer in September 2014, and her father, who had dementia and died around the same time.

But just a few weeks ago doctors found that the cancer had spread to her right knee, left lung and lymph nodes, and the grandmother has now been diagnosed with stage four metastatic melanoma and given just four to six months to live unless immunotherapy works.

Speaking to the News, Barbara said her dying wish was to meet Ed Sheeran, whose music has brought her comfort these last few years.

“I love his music; every song of his I’ve listened to has reminded me of something in my life,” she said. Barbara Morris, who has stage four metastatic melanoma, says her last wish is to meet Ed Sheeran in person

“His music helps me so much; I think I would not be able to even fall asleep if I didn’t listen to it at night.

“If I’m in pain I just listen to his music and I forget about the pain, whether it’s physically or mentally, thinking I’m not going to be here this time next year.

“Some days I feel so down and like I don’t care what happens and then I just put Ed Sheeran on and it lifts my spirits.”

Barbara, who has three grown-up daughters, said she tried contacting Ed via social media but turned to the News after having no success.

“I want to meet him in person – I just admire him so much and the way he is with people and his music,” she said. Barbara said doctors believed her skin cancer was caused by her not being properly covered up and protected from the sun as a child.

“I’ve never really been out in the sun too much and haven’t ever been on a sunbed,” she said.

“About five or six weeks ago I noticed a little lump on my right leg – it just looked as though I cut myself shaving – and they [the doctors] said it was cancer so they cut it all out again and did a PET scan and found that it had spread to the front and back of my right knee, my lymph nodes and my left lung.

“They’ve said I’ve got four to six months to live but I’m trying this immunotherapy which has a 30 per cent chance of working.

“I won’t have radiotherapy or chemotherapy because I saw my husband go through that and it was the worst thing.”

The News is now attempting to contact Ed Sheeran’s manager.