Bus stand has been free day-time parking for decades, say residents, who have the paper work to prove it 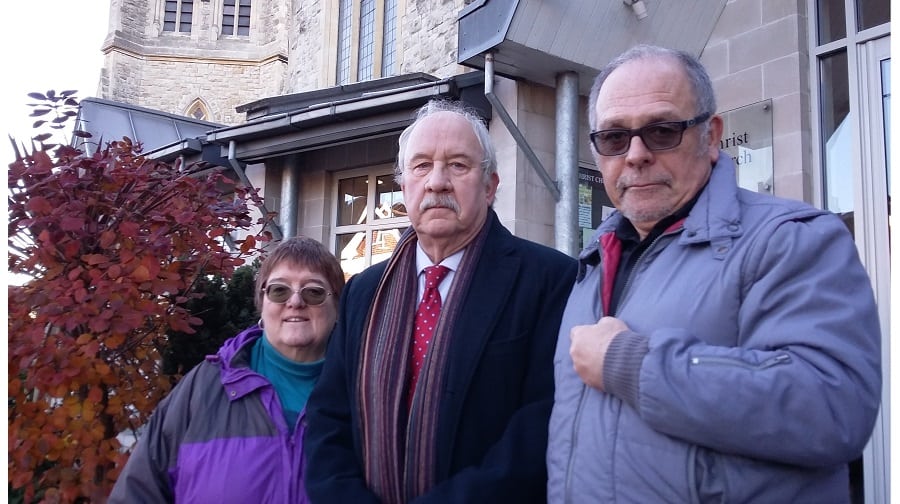 Church goers have been angered by Transport for London’s plans to put a 24/7 bus stop outside the Christ Church in East Dulwich.

Locals are locked in an ongoing dispute with TfL, who say they have the right to “reinstate” the bus stop which was labelled for public use “in error”.

The bus stand – long enough for eight parked cars – is only used by buses between 11pm and 8am. During the day, elderly and disabled people use it while visiting the Christ Church’s café, and is needed for wedding and funerals.

“But the original agreement by Southwark Council worked well for many years. It was recognised by the council that it was important that attendees using Christ Church.

“This bus stand has never been a 24/7 stand, going back some 40 plus years. The present arrangement has been in force for over ten years.

“Street cleaners have also complained that bottles of urine have been left at the bus stands by drivers not wishing to use the portaloos.”

Deputy mayor Charlie Smith said neighbours were worried about a lack of space in the road for extra buses, as well as added air pollution.

Christ Church staff have shown the News a letter they received from the council’s Transport Group, which backs up their side of the story.

The letter dated from February 2004 from council officer Chris Mascord said the hours of the bus stand operation are “from 11pm to 8am”.

“During day time periods, general parking is permitted within the bus stand in order for less-mobile people to access the church,” it said.

TfL’s MD of surface transport, Leon Daniels, told the News: “We are aware of residents’ concerns about our proposal to alter the status of the bus stand on Barry Road to 24-hour usage. We are working with Southwark Council to try and find a solution which will take those concerns into account.”

A Southwark Council spokesperson has confirmed that TfL consulted on their plans, and will next need approval of the Dulwich Community Council.