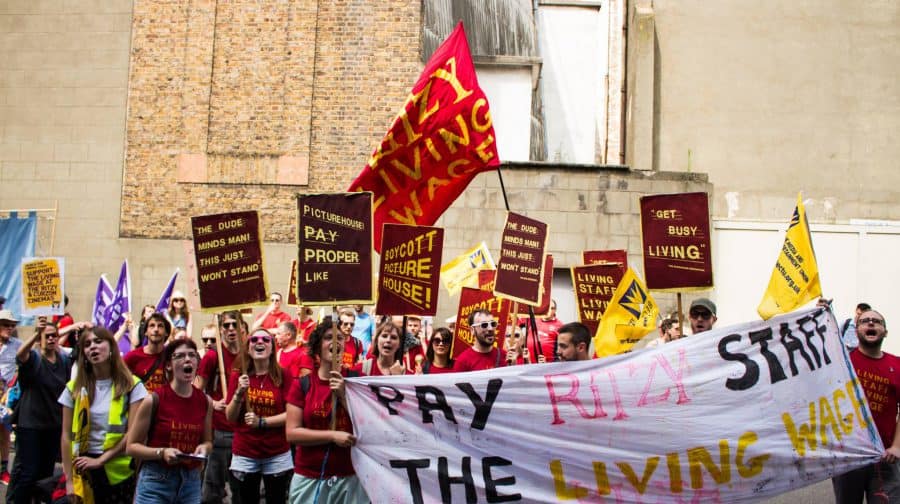 East Dulwich Picturehouse staff have balloted to strike over a refusal by the cinema’s owner to pay the London Living Wage.

The walkout is planned for April 15, after 95 per cent of staff took part in the vote to strike, with 85 per cent voting in favour.

Staff from across the Picturehouse Cinemas Ltd group – owners of the Ritzy in Brixton, Hackney Picturehouse, and Picturehouse Central in the West End – have also been holding strikes since September last year.

Representatives from BECTU (the Broadcasting, Entertainment, Communications and Theatre Union) said the company is refusing to negotiate, despite an agreement made with third-party negotiators to reopen the issue in 2016.

“East Dulwich staff are the latest ones to join,” said Joey, general secretary of BECTU.

“Staff from our other cinemas will also be holding a demonstration in East Dulwich, in support of the East Dulwich staff on the picket line.”

Joey added: “We’re willing and ready to enter in conciliation talks with Picturehouse, who are actually owned by Cineworld.

“But at the moment, no one from the company will talk to us. And they won’t talk to us through ACAS (The Advisory, Conciliation and Arbitration Service).”

BECTU members across London have also made demands for improved terms and conditions, including:

A spokesman for Picturehouse said: “In our regional cinemas our starting rate is £8.18 per hour, and in London it is £9.05 per hour, plus individual and cinema-wide shared bonus schemes and paid breaks. Our pay rates are significantly above the Government legislated National Living (£7.20 per hour) & Minimum Wage (£6.95 per hour).

“At the Ritzy, a three-year Agreement with BECTU signed in July 2014 set pay rates for our staff, not including benefits, at £9.10 from September 2 2016, after three phased increases. Increases in pay for front of house people in Picturehouse Cinemas have far outstripped inflation over the last 3 years.

“Our people are hugely important to us, we pay fair wages and have a wide range of benefits within a good working environment.”