Hebe was transferred to Evelina London Children's Hospital, where it was found she was suffering from acute kidney failure, caused by the E.coli bacteria. She had to undergo urgent dialysis, otherwise she could have died. 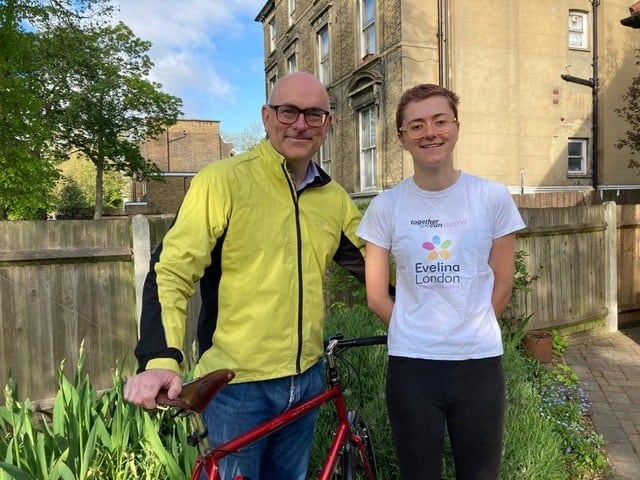 James Barber with his daughter Hebe

A former Dulwich Lib Dem councillor has begun a 1,000-mile cycle ride from Land’s End to John O’Groats to raise money for the doctors and nurses who cared for his young daughter when she nearly died of kidney failure.

James Barber’s daughter Hebe was two when she suddenly stopped eating and drinking in 2006. James and his wife Nicky rushed her to hospital, but there were no beds. They took her to St George’s Tooting but her condition continued to get worse.

Hebe was transferred to Evelina London Children’s Hospital, where it was found she was suffering from acute kidney failure, caused by the E.coli bacteria. She had to undergo urgent dialysis, otherwise she could have died.

James said: “Hebe spent five weeks on the dialysis machine before eventually her kidneys started working again and we began to get our little daughter back.”

“It was not just thorough and professional, but the care Hebe received was personal,” he added.

“By the time we arrived at Evelina London, we’d already been to two hospitals, so we knew just how serious it was. For everything they did to stabilise her and reverse the damage that had been done to her kidneys, we’ll be forever grateful.” 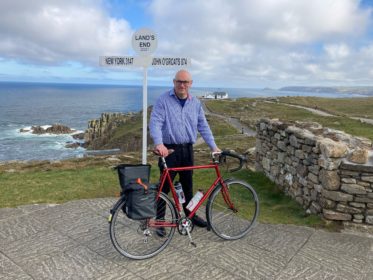 Hebe has had a check-up once every year at Evelina London since the dialysis. She turns 18 next year so will no longer be under the hospital’s care.

James said: “We still see some of the same staff that cared for Hebe when she was two years old when we go for our outpatients appointments. It’s so wonderful to see them. It really feels like a very extended family.”

James plans to cover 74 miles per day over two weeks to make the journey from the tip of Cornwall to the north-eastern edge of Scotland.

The former Lib Dem councillor for East Dulwich added: “I used to cycle to work but that’s about it. I’ve never tackled anything like this before so it is going to be a real challenge for me personally.”

Sharon Green, one of the nurses that looked after Hebe in 2006, still sees Hebe when she comes in for her check-ups.

Sharon said: “We are incredibly thankful that James is undertaking such a huge cycling challenge to raise money for Evelina London.

“I remember looking after Hebe all those years ago and it’s been a pleasure seeing her each year when she comes into the hospital for her check-ups. We’ll miss seeing Hebe and her family once she leaves the care of Evelina London, but it’s so great to see her doing so well since her first time here.

“We all wish James the best of luck for his challenge. We’re all behind you.”

Donate to the fundraiser here: https://www.justgiving.com/fundraising/James-Barber8