'There are lots of good reasons to grow your own fresh food. The problem is that most people don’t have the time or space to do it' 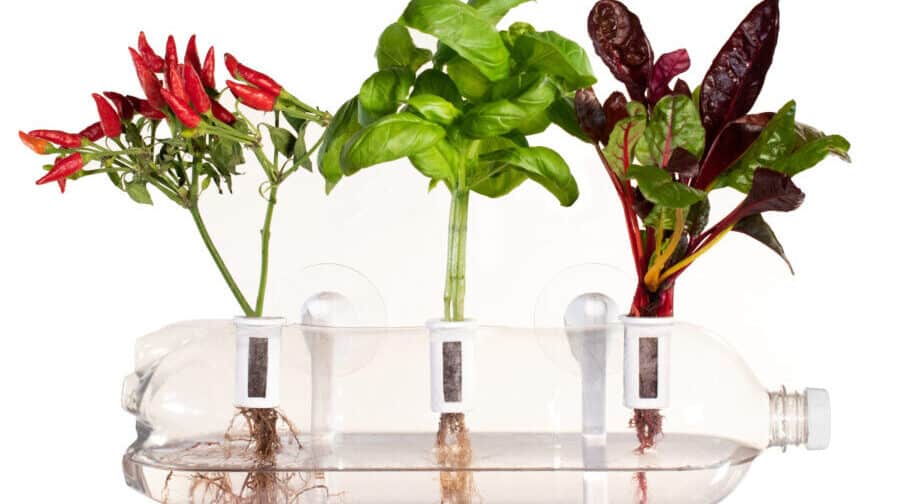 Three East Dulwich entrepreneurs have raised £23,000 in crowdfunding in just 24 hours to launch their eco-friendly business idea: an ‘indoor farm’ made from used plastic bottles. Bottle Farm is the brainchild of three friends from Southwark who wanted to grow their own food to cut down on plastic waste and air miles but, living in London, found garden and allotment space hard to come by.

The trio, who all grew up within ten minutes’ walk of each other and studied a mix of physics and design at university, and came up with the simple and effective idea after they graduated.

The ‘farm’ is designed with hydroponic technology, a self-watering system which means the plants grow in water rather than soil.

The plants just need natural sunlight and nutrition powder to grow – without the need for electricity like similar systems on the market.

Set up by Charlie Francis, Daniel Taylor and Emil Schneider, a CrowdFunder to start the business in earnest raised over £32,000 – the lion’s share of which was pledged within just 24 hours.

Charlie said: “There are lots of good reasons to grow your own fresh food. The problem is that most people don’t have the time or space to do it.

“So we have designed Bottle Farm to either hang on a window or sit on a flat surface. Now anyone can grow fresh produce at home with minimal effort – and at the same time extend the life of a plastic bottle.”