Man in “critical” condition after police stand-off in Dulwich

The Met Police has voluntarily referred itself to a watchdog following the three-hour siege. 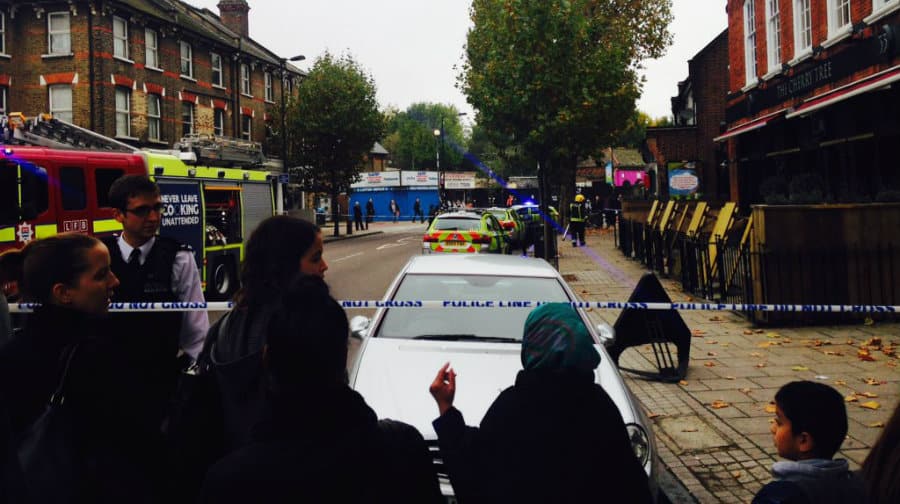 East Dulwich was thrown into chaos this morning when heavily-armed officers were involved in a stand-off with a Grove Vale resident, who is now in a critical condition.

The police have voluntarily referred themselves to a complaints watchdog following the three-hour siege, which began at around 7am.

Officers, who were called to the property following reports of a “disturbance,” found a man “refusing to come out” of a property in the SE22 street.

At 10.20am, heavily-armoured members of the Territorial Support Group broke down the house’s door and found a man “unresponsive.” He was treated at the scene and then brought to a central London hospital, where his status remains critical. There were no other people in the building at the time.

A salesperson at a nearby shop claimed the man in the house had been threatening to set himself on fire during the incident, with earlier rumours claiming that the man had been holding another man hostage.

Sofia Greaves, 21, of South London Music, said: “We were initially told that the man had attempted suicide, and then heard that he had a hostage. It was bizarre because there was such a big police presence but nothing was going on.

“A woman told me that he was threatening to douse himself in gasoline and set him on fire. Eventually I saw a man get taken out in a wheelchair and get put in an ambulance. Then literally everyone was gone.”

Emma Stewart, duty manager at The Cherry Garden pub, told the News that she had seen “police in riot gear and paramedics” during the incident, which caused travel chaos during the morning rush-hour.

The police have voluntarily referred the matter to the Independent Police Complaint’s Commission.

A police cordon at the scene (photo: Hannah K, Twitter)

Southwark NewsNewsMan in “critical” condition after police stand-off in Dulwich