The victim, in his 50s, was attacked at his home in Whateley Road 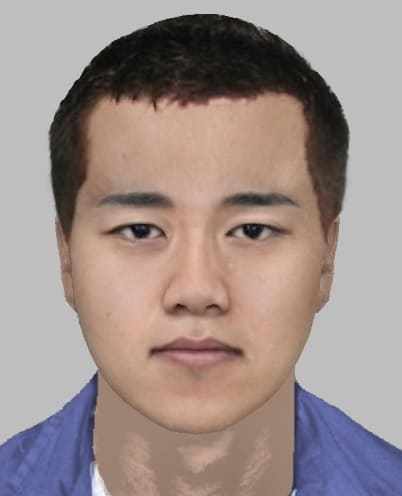 An e-fit of one of the suspects, issued by police

An e-fit image has been released in the hope of identifying a violent burglar who ransacked an East Dulwich home.

The victim, a man in his 50s, was attacked shortly before 3pm on Wednesday, September 23, at the property in Whateley Road.

He was home alone when he heard someone coming down the stairs.  Assuming it was his partner returning earlier than expected, he was suddenly confronted by two unknown men – one holding a gun.

They demanded money, hit him over the head with the weapon, and bound their struggling victim with tape before pushing him into the downstairs toilet and ransacking the house. They made off with cash, electrical goods, and jewellery.

After eventually escaping, the victim managed to find help from his neighbours and call the police.

Officers arrived at 3.34pm with paramedics, who treated him for a head injury at the scene. Detectives say the suspects made several unsuccessful attempts to fire the gun, leading them to believe it may have been an imitation firearm.

Today, officers released an e-fit of one of the suspects. He is described as being an Asian man, possibly south-east Asian, with a stocky build and around 5ft 10ins tall. He had short black hair and was wearing blue latex gloves.

The second suspect is described as being ‘Middle Eastern European’  in his late teens or early 20s with a slight build.  He had dark brown skin, black hair, a black beard and a thin pointed nose and did not appear to speak much English.  He repeatedly said ‘money, money, money’ during the ordeal.

PC Daisy Puplett, from the Central South Command Unit said: “I urge anyone who may have been in the vicinity at this time and date and saw two males acting suspiciously to contact us immediately.

“The victim was left terrified following this traumatic incident and we are doing everything we can to find those responsible.”

Anyone with information should call 101, tweet @MetCC, or to remain anonymous, contact the independent charity Crimestoppers via 0800 555 111.