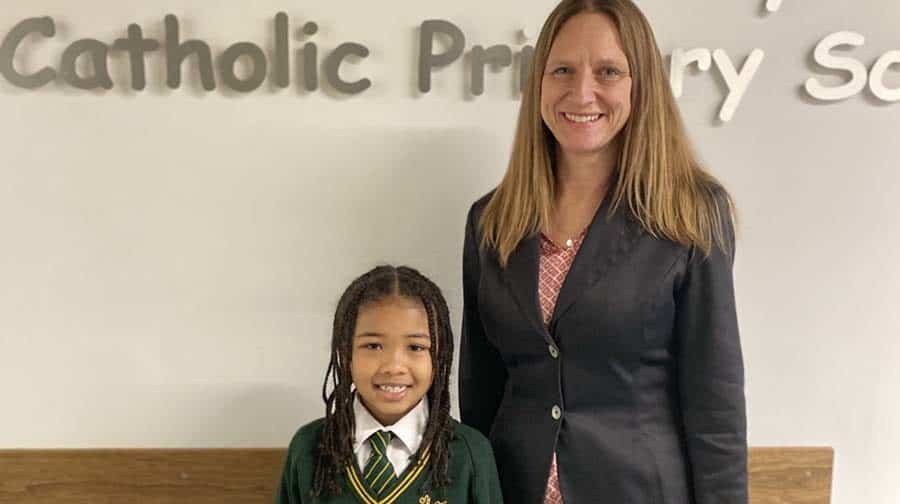 A school in East Dulwich has raised more than £7,700 for a south London hospice, writes Kit Heren…

Children, parents and staff have walked, run, scooted and cycled over 40 days to help bring in a record amount of donations for the school.

“We know that so many charities have suffered due to the impact of the pandemic on their fundraising and we decided to support a charity that is close to home,” headteacher Joanne Hawthorne said. “Our appeal has clearly touched the hearts of many.”

Sue Orlandi, a member of the school staff, who has managed to walk over 230 miles since the challenge began and King in Year 2 who said: “I wanted to raise money for St Christopher’s Hospice because my grandma, ba Ngoai died there when my mum was little. I want the hospice to be able to have more beds and also decorations for the people who are staying there to look at to make them happy.”

Hal Davidson, a community fundraiser at St Christopher’s Hospice added: “We are absolutely blown away by the dedication and enthusiasm shown by all the children and staff at St Anthony’s Catholic School.

To have raised over £7,000 though their Lent fundraising appeal for St Christopher’s is amazing, and we are extremely grateful and touched by their effort. Every penny raised will go towards supporting local people, and we want to say a huge thank you to everyone involved.”

The fundraiser is still open and you can give here: https://www.justgiving.com/fundraising/st-anthony-s-catholic-primary-schooldulwich