“The sole reason for me to do the series was to inspire kids. It’s all about education" 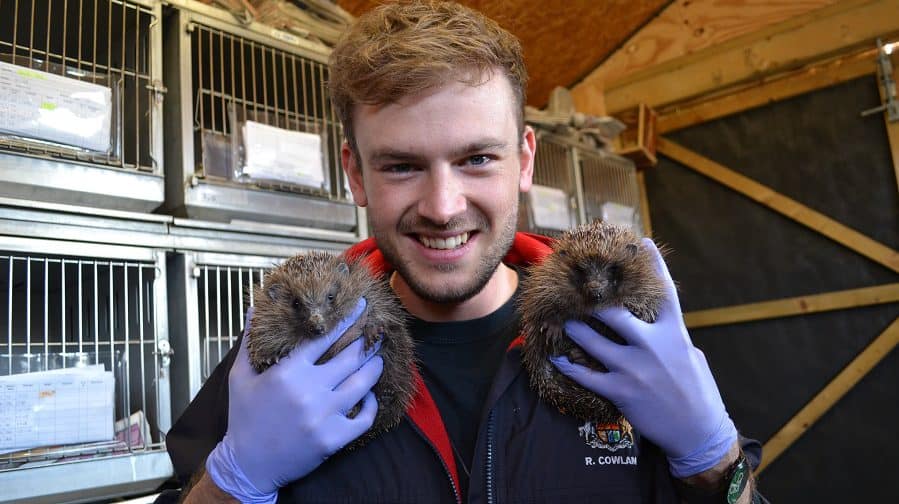 An East Dulwich vet is set to return to TV screens this week in the second series of CBBC’s The Pets Factor, Katherine Johnstone writes…

Dr Rory Cowlam, who is based at The Neighbourhood Vet on Lordship Lane, is one of four vets on hand to treat poorly pets on the popular kids TV programme.

In the new series, presented by Stacey Dooley, Rory helps unwell hedgehogs at a wildlife sanctuary and performs a lifesaving procedure on a cat with a blocked bladder.

The 25-year-old said: “The sole reason for me to do the series was to inspire kids. It’s all about education.

“It’s the first show of its type for kids and the response has gone far beyond what we imagined.”

At just three-years-old Rory visited the vets with his first dog, Lulu, and decided there and then he wanted to work with animals. After growing up in the Cotswolds near Cirencester, Rory moved to London to train at the Royal Veterinary College, based near King’s Cross, joining the East Dulwich practice a year ago.

When his colleagues spotted a BBC advert looking for vets to take part in a new TV programme they decided to put Rory forward. After competing against more than 100 other candidates for the job, the first series of The Pets Factor aired in June this year. Earlier this month, in recognition for his work, Rory appeared on Blue Peter and was awarded his very own badge. “It was a childhood dream to the max,” he laughs, “I went full on ten-year-old boy!”

He is also getting recognised by  The Pets Factor fans. “If I’m out walking down the road in my scrub top, sometimes people recognise me, but generally it’s the kids coming into the practice,” he says.

“There’s a full range from excited ones to others hiding behind mum because they’ve gone a bit shy.”

Rory is a big social media fan with more than 14,000 followers on Instagram, where he regularly posts pictures with his patients.

“I’ve always been big on social media, it’s a passion of mine,” he explains. “An industry is not in the 21st Century without social media, and as vets we can use it to educate people and raise awareness for animal welfare.”

Series two of The Pet Factor starts on Monday November, 20 at 4pm on CBBC.