East Dulwich woman to row across Pacific in record-breaking bid

Megan Hoskin, from East Dulwich, is taking part in the Great Pacific Race from California to Hawaii in June 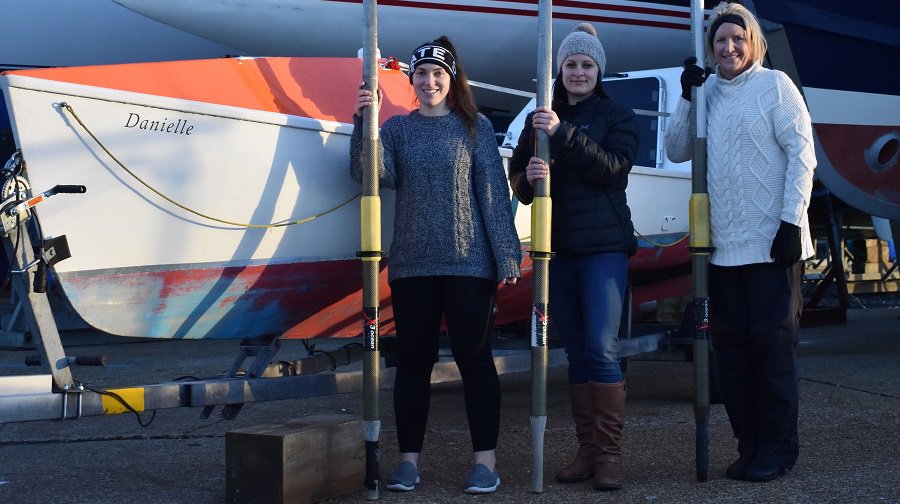 An East Dulwich woman is hoping to make history this summer by being part of the first ever crew of three to row across the Pacific Ocean.

Megan Hoskin, 34, is taking part in the Great Pacific Race from California to Hawaii in June.

The 2,400-mile challenge will see Megan and her crewmates, Cazz Lander, from Loughborough, and Andrea Quigley, from the USA, attempt to become the first ever crew of three – male or female – to achieve the daunting feat.

The endeavour will see them face numerous challenges, including rowing a minimum of thirteen hours each in rolling shifts through day and night to keep the boat moving constantly, waves of up to 30 feet at times, and blisters, potential capsizing and dangers posed by sharks or whales. In attempting the feat, they are aiming to set new world records while also raising money for mental health charity Mind and awareness of the issue of plastic pollution in our oceans.

“No female crew has ever won the Great Pacific race before,” said Megan, a former city worker turned adventurer.

The journey is expected to take the crew between 50 and 65 days, depending on the weather conditions out at sea, but they must be prepared for over two months alone on the ocean. Each boat is without sails or an engine – instead, it will be moved only by the crew pulling on the oars.

The specialist ocean rowing boat Megan and her crewmates will use currently holds the world record for the fastest crossing of the Pacific Ocean.

The boat is just 25 feet long and the three women will live and row on board for the duration of the race with just a small cabin for storage at the bow and one for accommodation at the stern.

The crew members are each putting in a significant amount of money to fund the world record attempt but they are also hoping to partner with companies.

You can support the Pacific Terrific Crew on their fundraising page: www.gofundme.com/PacificTerrific