'He was a people's hero' 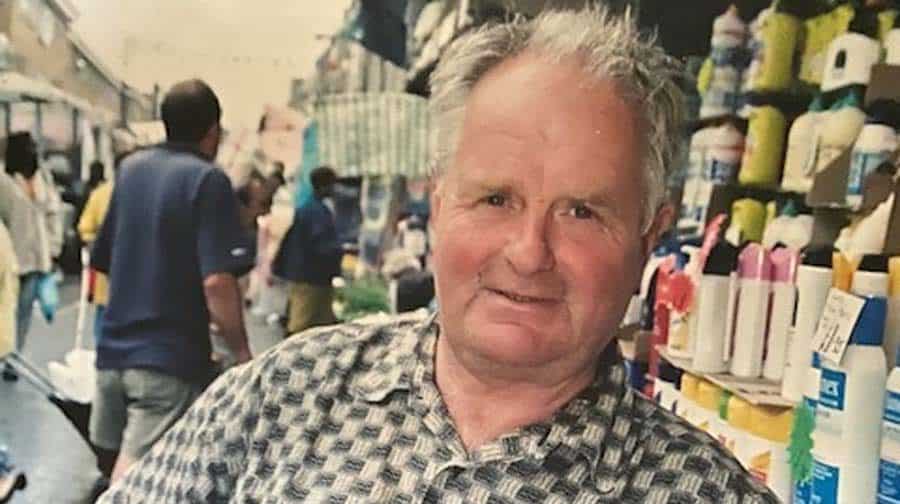 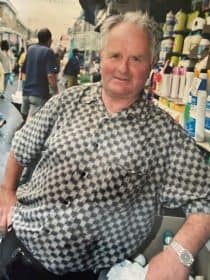 John Wallington, in his manor

Popularly known as  ‘Johnny the Toy Man’, the trader had worked at the Lane for over sixty years, following in his father’s footsteps.

Johnny died on February 5, 2021, after suffering from dementia and declining health in the last three years.

At the time of his death he had been living in the same care home as his beloved wife, Pat.

A funeral was held last month under COVID-19 restrictions, but his family hope to hold a wake after lockdown ends to give a proper send off to the former secretary for the Southwark Association of Street Traders, founding member of the Mayor of Southwark Common Good Trust, and lifelong Millwall fan.

His daughter Kim Hannington, now based in Kent, told the News: “My Dad always said he was a south-east London boy through and through.

“That was his manor and he just loved East Street Market. The word ‘no’ wasn’t in his vocabulary and if he could help someone he would.

“He was such a loyal person who surrounded himself with people he knew were dependable and had the same values.

“Because of his loyalty he was loved by everybody. When he got his MBE people were coming up to him and congratulating him but he just said to me, ‘I never, ever done it for the accolades. I did everything because it was the right thing to do’.

“He would never have described himself as a hero but I think he was a people’s hero really.” 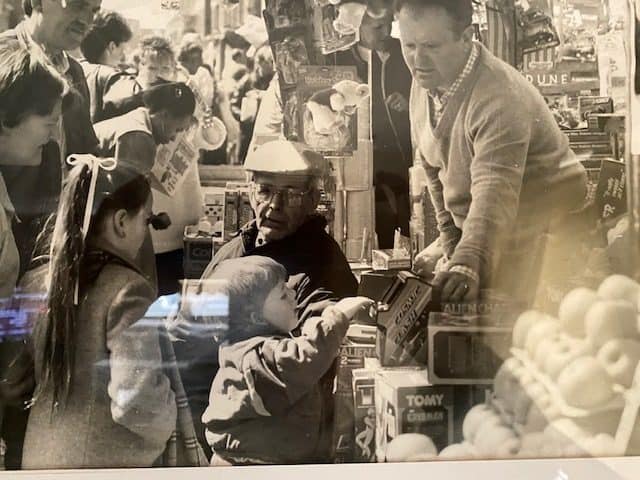 Three generations of Wallingtons in their East Street shop

Three generations of the Wallington family traded at the market. John’s father – known as Salty  sold salt and vinegar as a ‘trotter’ with his horse-drawn cart. He was followed into trading by John junior, and his son and Kim’s brother; Tony.

Kim remembers her father, who in his role at the market worked closely with Southwark Council, once being late home and leaving the family increasingly worried as the clock ticked past midnight.

It later turned out that as he left the council meeting he saw a young mum and her two children in the foyer, desperate after being evicted.

Then and there he and the other traders ran round to get her a fish and chip supper and find a hotel that could take her for the night.

“He was such a kindhearted man who couldn’t just walk past anyone who needed help,” Kim remembers.

And thanks to over 60 years working at the market, and a childhood growing up on nearby Amelia Street and at school in Larcom Street, Johnny was a well known figure across the borough. He was also one of those most dedicated to preserving its heritage and helping people in need.

“Even on a cruise on the Mediterranean once someone shouted out ‘There’s Johnny from East Street,” Kim told the News, laughing.

“He always said Southwark was the best place, and that we have the biggest hearts. I think he’ll be missed by a lot of people.” 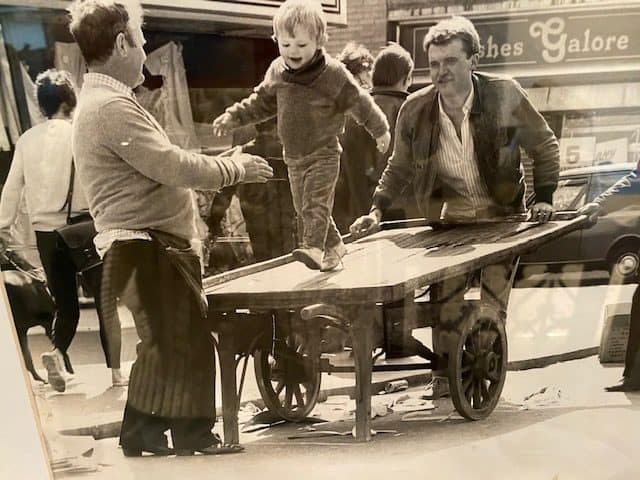 Along with organising day trips to Brighton and Cockney knees-ups, he also dedicated every Christmas to putting on a spread for hundreds of OAPs. His desire to help others was so strong that when he went into his care home he turned to his family and said: “I’m the one who helps the people here.”

John learnt his trade while still at St John’s Primary. During the war he had been brought up by his mum and uncle, a former sergeant major, who instilled the value of hard graft. His father, who had been stationed in Burma during the Second World War, later returned to London and ran a merry-go-round in the market, giving turns for a penny, or a jam jar, a go. It was the young Johnny’s first job to turn the handle.

Academically gifted as well as a hard worker, Johnny took up a scholarship at Wilson’s Grammar, and retained a life-long love of education.

During his lifetime were East Street’s heydays. “Back then they used to stand at the top of the market and blow a whistle, and then everyone would run down and grab a pitch for the day,” Kim says. It was famously a market where you could buy anything, and one of the most famous in London.

Johnny met his wife Pat when she started working at a cafe by the market. They later ran their stalls and shop together, and had two children.

Although the family are no longer stallholders they are immensely proud of their heritage and connection to Southwark. 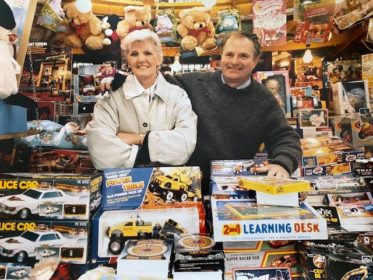 John Wallington with his wife Pat

Kim says she hopes to one day have grandchildren of her own she can take to the market, to show them where their family came from.

“We were brought up at the market market and I always say we had the biggest playground in London,” she remembers.

“It was important to him that the market survived and that the heritage of it was protected.

“It used to have a feeling, an atmosphere that was buzzing.

“It was so packed that people would pick up their children’s prams and carry them overhead.”

As Johnny had an open licence he could sell more or less anything – and did.

At one point they were giving customers some of the first ever packaged ready-meals, while also flogging chicken manure.

She also remembers some of her Dad’s madcap schemes including buying a sunken barge he had in the Thames.

“You could only get to it when the tide was out. It had all these slippers on it we were selling in the shop but they had to hang up to dry and made the place smell like mildew.

“He used to say if you could buy it then you could sell it.

“I hope someone else can step up and keep East Street Market going into the future, and help keep this heritage alive.” 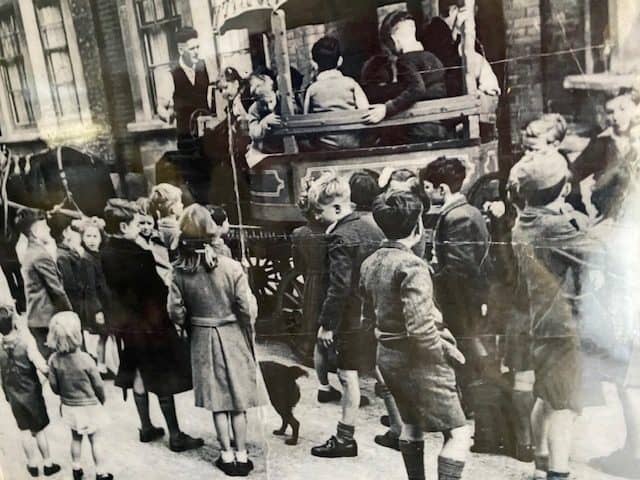 The young Johnny’s first job, turning the handle on his father’s merry-go-round and mechanical horse rides.

One of the things she and her brother learned from their father was the value of trust in the community.

“He once gave some gifts to someone who didn’t have the money yet so they could have some Christmas presents. I said to him ‘how do you know they’ll come back and pay?’ and he said ‘I know they will – and they did.

“His word was his bond.”

With great thanks to John Wallington’s family. All photos courtesy ofKim Hannington.

We just read about Johnny we was born in Dawes street and remember going on the ride my brother was put on the front of the flower cart on coronation day it would be lovely if there were any photos of that we grew up buying our toys from Johnny,s stall he was a lovely man .