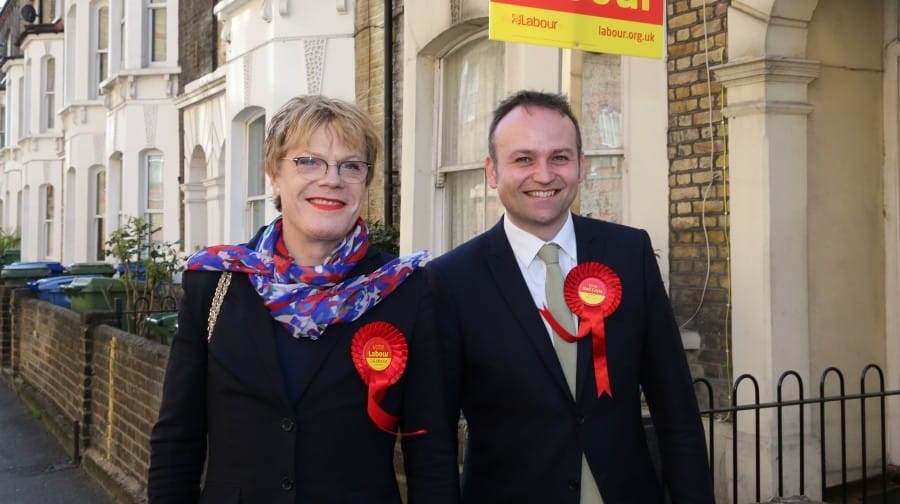 Comedian and Labour activist Eddie Izzard met workers and nearby residents in the Elephant and Castle Shopping Centre on Tuesday as he pledged support for Cllr Neil Coyle’s election bid.

He said: “There’s a reason that I’m a supporter of the Labour party and that’s because I believe in fairness. I want to support working families and help young people to achieve their potential.

“I’m in Elephant and Castle today because I want to encourage people to vote for Neil Coyle and for the Labour party at the General Election next month.”

Neil Coyle added: “It was great to have such a recognised and talented comedian and actor out campaigning with us today.”