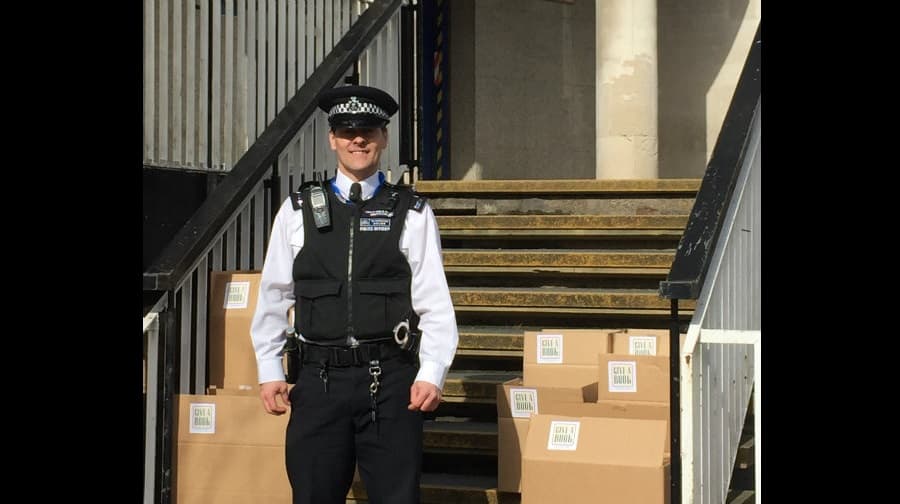 A police volunteer has been driving all over London in a big white van delivering classic novels to young inmates facing a night in the nick.

Special Constable Steve Whitmore from Southwark started the Books in Nicks project after a touching experience, when he comforted a young lad in custody by giving him a copy of A Catcher In The Rye.

“It was quite a difficult time for him,” Steve said. “I had just arrested him and taken him into custody and he had just turned eighteen.

“But when he saw a book he automatically took interest. But there were not any in the station that were suitable for his age. So I gave him my own book and he was delighted.

“It’s the whole concept of a young person coming through to adulthood and the feelings of alienation. It just seemed to fit the situation. He had never come across it before, but I told him I thought he might identify with it.

“It really created some common ground between us and it helped him relax.

“I would love it if we could have a Harry Potter in every police cell. What we also do is put leaflets in each book letting offenders know what help they can get upon release.”

Steve founded the project by linking up with the Give a Book charity, who often donate literature to schools.

A year after his first donation to that young man, more than 1,000 have gone to 43 custody units in London. Steve says there about 30 titles in the different units, and in different languages.

And two boxes of twenty books – often brand new copies donated by publishers – have been delivered to both Walworth and Peckham police stations.

“We supply books that are quick and easy to read over night. We do poems and graphic novels and short classics like Animal Farm or To Kill a Mockingbird.

“I think it’s so nice to have your own brand new book in your hands. I think these kids come in and they probably have to sit around waiting a lot and it will take their minds off what’s going on and give them some distraction.

“I think more than 1,000 books have probably been donated across London by Steve.”

She added: I think a lot of detainees are quite young, so we do like children’s books too. The majority of young people in custody are ages fifteen to seventeen, but it can be as young as ten years old.”