Officers found three guns and half a kilo of cocaine 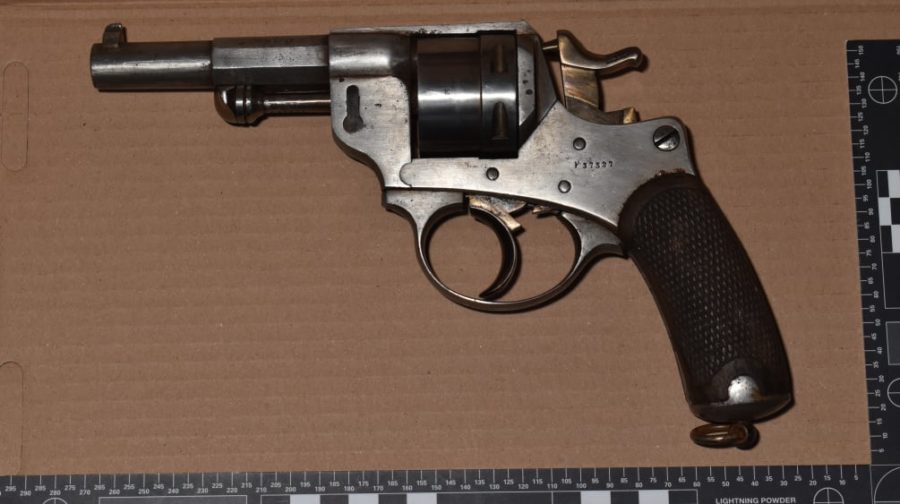 Police recovered a revolver during the raid

Police have arrested eight people, finding three guns and around half a kilo of cocaine after a Camberwell raid, writes Kit Heren…

Officers were getting ready to storm a property on Camberwell New Road on Thursday (March 25)  as part of a crackdown on illegal London gun sales when someone threw a bag out of the window.

Police later found the bag in a nearby garden – with a revolver, two self-loading pistols, a silencer, and ammunition for each weapon. They also found approximately half a kilo of cocaine in the house.

Officers arrested the eight people in the property between the ages of 28 and 65 for drugs and firearms offences. The men were taken to a south London police station.

Detective Inspector Adam Seton, from the Met’s Specialist Crime Command, said: “I am in no doubt these deadly weapons would ultimately have been used to cause serious harm or death on the streets of London.

“We will continue to use every tool at our disposal to remove firearms from circulation and protect our communities by arresting and prosecuting those intent on perpetrating serious violence.”