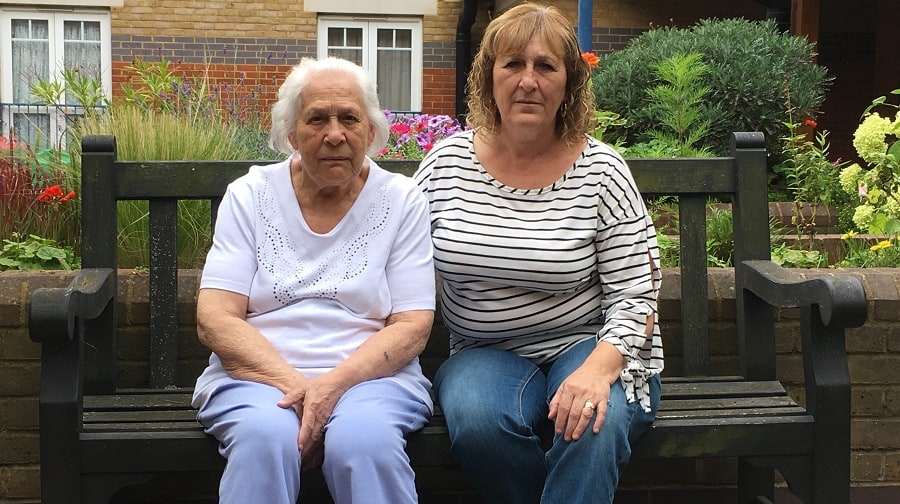 The “low lives” targeting elderly people at cash points need to be caught before someone is hurt, a concerned daughter has said.

Avril Wiltshire’s words came after her 79-year-old mother Rita Leipsegar had £300 stolen from her bank account by an opportunist thief.

The great-grandmother fell victim to a distraction theft while using a cash point in broad daylight outside the Post Office on Southwark Park Road.

Mrs Leipsegar said she felt “stupid” after the incident and was left in floods of tears.

“The police need to catch these lowlives and more needs to be done to put more cameras up,” her daughter told the News.

“It could be that he might hurt somebody next time.”

The vulnerable 79-year-old, who has a pacemaker and defibrillator in her chest because only 20-25 per cent of her heart works, said she still cried about what happened when she thought about it.

“I put my card into the machine and someone tapped me on the shoulder,” she recalled.

“I turned around and a man said he had trouble getting his money out and to take my card back out but it wasn’t there.

“He said it had probably been swallowed and to try my pin again, so I did but it didn’t come out. When I turned around he had walked away.”

Mrs Leipsegar, who has thirteen grandchildren and fifteen great-grandchildren, said she was told by the bank that £300 was taken out of her account at a cash point outside a nearby Tesco Express just moments after the theft.

“He was a young fella and he seemed so nice,” said the pensioner, who used to work at the Home Office.

“Afterwards I felt like I was stupid for being conned and if I had got hold of him I would’ve thumped him.

“I ended up crying and I still do sometimes when I think about it.”

The News previously reported the story of 80-year-old Matthew Redmond, who also had £300 stolen from his account after his card was swiped by thieves in a distraction theft at a cash point just yards from the one Mrs Leipsegar used.

Dedicated ward officer PC Kev Webster said his team would increase patrols as much as possible in specific areas identified as hot spots for distraction theft.

“We do currently have a CCTV radio link on Southwark Park Road which is led by the Southwark Business Crime Reduction Partnership, which aids local businesses in watching out for each other and providing instant information to the Safer Neighbourhood Team (when on duty) and also the Southwark CCTV control room,” he said.

“The best advice I can give to elderly people using ATMs anywhere is, if possible, always use an ATM inside of a bank.”

A spokesperson for the Metropolitan Police added: “We are investigating a theft of person at about 12.55pm on August 13 on Southwark Park Road.

“The victim was a woman in her late 70s and she was approached by a man who told her the cash machine wasn’t working and he persuaded her to enter her pin number again and she then discovered that her card had been taken.

“The suspect is described as a black male aged between 20-30 years old.”

Anyone with information can contact police on 101 or Crimestoppers anonymously on 0800 555 111.