Insulation between brick walls caught fire in a top-floor flat 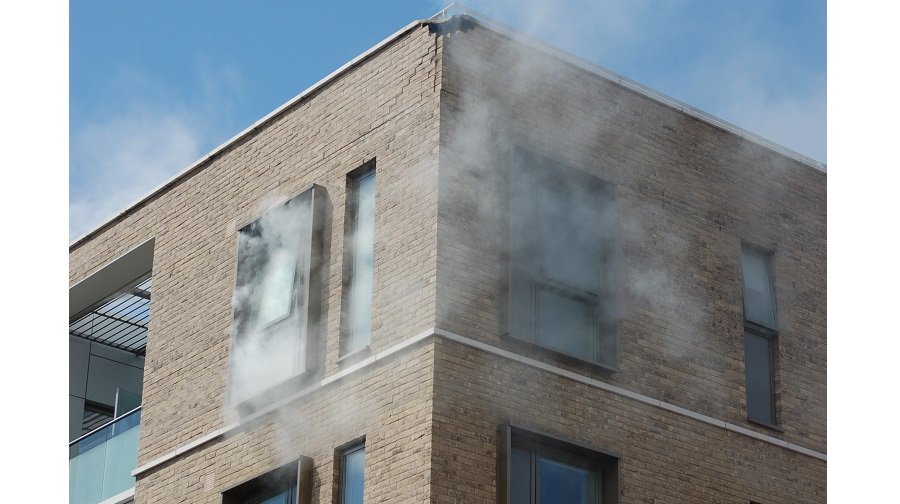 A lightning bolt struck a Peckham elderly people’s home on Saturday, causing a small fire and residents needing to be evacuated.

Tayo Situ House in Commercial Way was struck during the lightning storm at about 1:20pm.

The sheltered accommodation was evacuated by the London Fire Brigade, whose statement said: “Half of a three-roomed flat on the third floor and a small part of an outer wall and insulation at the four floor block was damaged by the fire.

“Ten people were led to safety by fire crews. No injuries were reported.

“The fire was extinguished by crews working from inside the building, from its roof and from an aerial ladder platform. The walls around the affected area had to be dismantled so firefighters could gain access to the smouldering insulation between the interior and exterior walls.”

Gary Lewington, a local resident who provided the News with this photo, said there was brickwork and debris that needed clearing on the ground below.