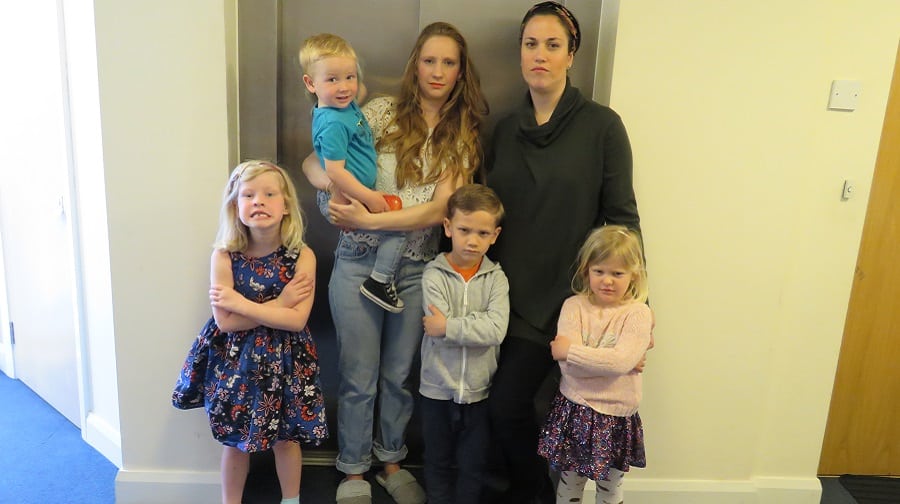 Elderly residents in a five-storey block have been left “housebound” and others have had to drag groceries and pushchairs up and down a stairwell for weeks because of a broken lift.

The lift in an L&Q housing association block in Reculver Road, Rotherhithe, has been out of action since it broke down about six weeks ago.

Some elderly and disabled residents are said to have faced difficulty in leaving their homes or to have been left housebound because of the situation, while other residents have had to carry pushchairs, children and groceries up and down the stairs.

Ellie Nunn, 28, who lives on the top floor of the block with her partner and three young children, said residents were paying service charges “for a service they are not getting”.

“I have to take the buggy and everything up and down to the top floor, I’ve got blisters on my hands and my daughter has fallen down the stairs and got bruises,” she said.

“There’s a 90-year-old woman who hasn’t left the house and there are people with disabilities.

“At the same time I’ve got a message saying they are upping our service charge again. “I was promised by L&Q that it would be sorted by the bank holiday; we are paying for a service we are not getting and it’s been six weeks.”

Laurel Milwid, who only moved into the building in November, said it was “very difficult” for her to get in and out because of a back injury.

“I’m more or less housebound at the moment; I work from home so that helps but I need to get to medical appointments,” she said.

“There’s an elderly lady on the same floor as me who’s completely housebound now and a woman on the fourth floor who’s been diagnosed with Alzheimer’s who’s unable to use the stairs and there’s another man who has a spinal injury who is having immense difficulty getting in and out and it’s just people trying to get their groceries up and down.

Robin Feeley, group director for maintenance and operational services at L&Q, said the lift would be fixed by the end of this week and that residents would be offered compensation.

“We are incredibly sorry for the inconvenience and stress our residents have experienced while the lift has been out of action,” he said.

“This has been a complex repair job and we are currently awaiting delivery of specialist parts from the lift manufacturers.

“We are now expecting the lift to be back in service by the end of the week.

“We will continue to provide regular updates to residents.

“This service has not been good enough and we will be contacting affected residents shortly to offer appropriate compensation.”