He believes Dulwich and West Norwood could go Green over Brexit, housing and lack of climate action 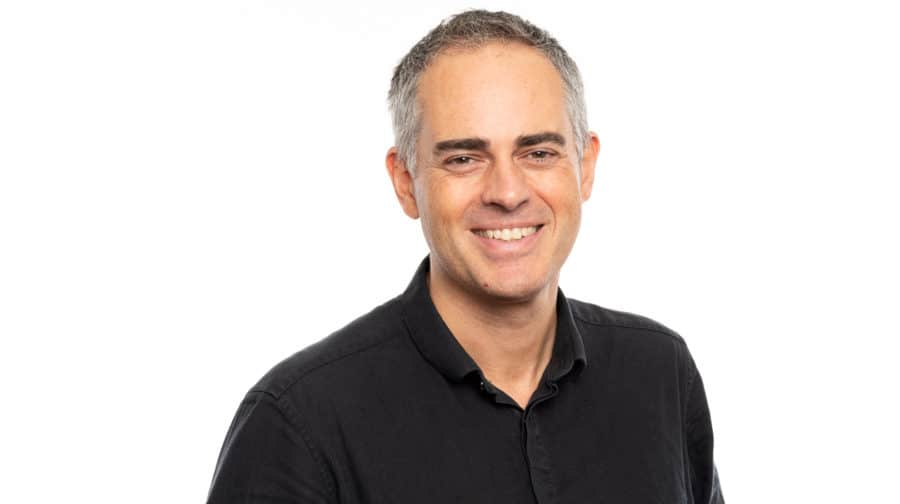 The co-leader of the Green Party, Jonathan Bartley, grew up in Streatham and went to Dulwich College, briefly, he says, crossing over with fellow alumnus Nigel Farage. Needless to say, they aren’t pals.

After graduating from the London School of Economics in 1993 he spent the next few years working in parliament on a cross-party basis, but was turned off by the experience.

“I was taught to weigh up your arguments, be objective and reasonable, but politics is so different to that.

“It was just a set of arguments about trying to bolster their own parties, and I found that tribal and disruptive.”

Bartley stepped out of Westminster and spent the next few years campaigning and fundraising for international aid agencies, raising over a million for large agencies such as CAFOD and Oxfam online.

But it was starting a family that brought him back into a politics – after a chance encounter with David Cameron.

Bartley’s son, Samuel, was born with Spina Bifida. In 2010 they were at Evelina Children’s Hospital for an appointment when he realised David Cameron was making an election campaign visit, too.

“Cameron was giving a speech and one of his aides saw me and my son in a wheelchair and asked for a photo with Cameron. TV cameras appeared from nowhere and started live broadcasting.”

In the exchange that followed Cameron claimed the Tories supported mainstream schooling for SEN children, but it was later proven he “didn’t know his own policies”, as Bartley puts it.  The clip went viral.

Samuel, who is now seventeen, is studying music at Croydon College. His parents were told at their 20-week scan their second child had a hole in his spine.

“It was a really hard experience. Our daughter was there, and suddenly we had people leaving, coming and going, and then someone said: ‘we have something to tell you’.

“We both looked at each other and said we really, really wanted to keep him. Now the idea of having had an abortion is unthinkable.”

It was the “transport apartheid”, as he describes the lack of wheelchair access across London, and the progressive policies on education that led him to the Greens.

“I’m probably the only person to have joined the Greens first because of transport and education and the climate second.

“We had to take the council [Lambeth] to a tribunal to get Samuel into a mainstream school. The Secretary of State intervened in the case and we won.

“They saw him as a set of numbers and problems. He had started at school and it went well, but it was all about this fear that it would cost money to support him that they did not have.

“Looking back, his presence in that school changed it for the better.

“It was at his first sports day, at age six or seven, when he powered his wheelchair for a “running race” and everyone ran up the track and Sam pushed his chair forward and got half way round and suddenly everyone was chanting his name.

“That’s when it became not about winning but about the taking part. And I know we always say that but it really did become about taking part.

“When we have a more diverse country, when we embrace difference, we become richer,” he says.

Since then he has risen fast in the ranks to become co-leader. He became co-leader of the party in 2016 first with Caroline Lucas and then Sian Berry.

In 2015 he stood as a Green parliamentary candidate in Streatham, Chuka Ummuna’s ex Labour seat – gaining 8.9 per cent of the vote. He was elected onto Lambeth Council in 2018 and is now leader of the opposition.

“If you vote for Labour you are voting for Jeremy Corbyn and a deal that will sacrifice freedom of movement. Even when voting for a Remain MP, that is how your vote will be interpreted.

“And if you want to sacrifice freedom of movement – I don’t want your vote.”

Bartley, who has a blues rock band, the Mustangs, who have performed at Glastonbury and had their first ever gig at the Half Moon in Herne Hill, describes himself as “not a career politician”.

Dulwich and West Norwood is seen as a rock-solid Labour seat. Are the polls wrong? “It’s the only seat in London where the Lib Dems have stood aside. That speaks volumes.”

It took weeks of negotiation to set up the Unite to Remain pact – which Labour rejected joining.

And he hopes to win round voters who may nationally support Labour but are angry at council policies.

A cornerstone local Green pledge is to give every estate’s residents faced with regeneration a ballot on their homes’ future.

“We need an opposition voice in councils and in parliament. The Gipsy Hill community has been left neglected with the threat of their homes in Central Hill being demolished.

Why should voters leave Labour and go Green when both are advocating a second vote with Remain on the ballot? Clarity, he says.

“My position has always been that I am unequivocally pro-migrant, pro-asylum seeker, and pro-refugee.

“I want our country to be proud of taking people in who want a better life. We need them and they need us.

“I like [Labour candidate] Helen, I know her – she even went out with my best man. But there is a difference between us. Labour are not a Remain party. Ultimately their MPs are subject to a whip.

“In 2015 they pledged to control migration and two years ago Labour described migrant workers as undercutting wages.

“If you vote for Labour you are voting for Jeremy Corbyn and a deal that will sacrifice freedom of movement. Even when voting for a Remain MP, that is how your vote will be interpreted.

“And if you want to sacrifice freedom of movement – I don’t want your vote.”

But is making it all about Brexit risky in a general election?

“The referendum result was a howl of rage that capitalism isn’t working”, he says, arguing that safe seats that never change hands have left voters disillusioned.

“It is an absolutely seismic change, things have been turned on their head. It is a Brexit election.

“For us, remaining in the EU is crucial for tackling the climate emergency and to make the protection stick rather than the race to the bottom that would inevitably follow after leaving.”

He also thinks their policies on knife crime – focusing more on prevention and rehabilitation – will appeal to voters over tough talk on sentencing.

“Even my daughter knows more about who is in a gang and who is at risk at her school than the local police,” he argues, saying community policing isn’t working without the right support.

Bartley has been arrested for protests – most recently with Extinction Rebellion. Going fully carbon neutral by 2030, as the Greens commit to, decades ahead of the other parties, would cost one trillion.  But how can we pay for it?

He says Labour’s green credentials are “moving in the right direction”, but HS2 – “I can’t think of a more greenwashed project”, which Helen Hayes voted for, won’t be carbon neutral for 120 years, meanwhile damaging or destroying ancient woodlands.

Other Green policies, such as a universal basic income and decriminalising drugs, underpin “a massive transfer of wealth from richest to poorest”.

“We need the Greens holding Labour’s feet to the fire. If you want Labour to be bold in parliament then we need Green MPs.”

“Out canvassing, people are telling you why they are voting Green before we can even ask them who they’re supporting.”