Election Interview: ‘Lots of people are now looking at the Green Party with fresh eyes and seeing it as an alternative to Labour,’ says Camberwell and Peckham candidate Claire Sheppard 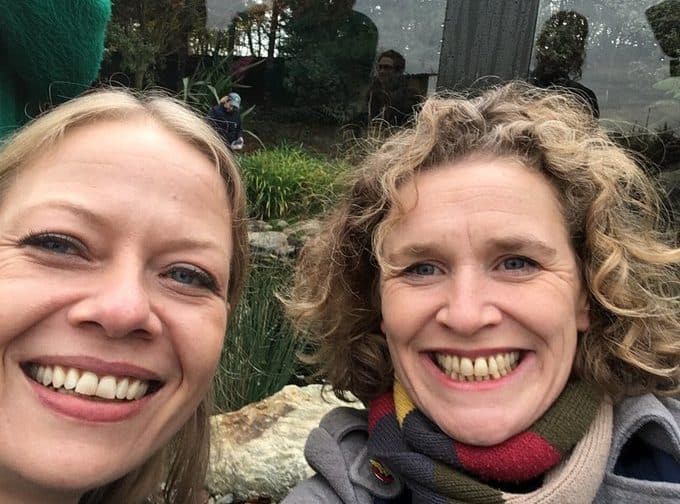 Being a new mum with cancer trying to claim Universal Credit makes me the MP for Camberwell and Peckham we need, says Claire Sheppard, arguing the constituency has been seen as a safe labour seat for too long.

The constituency is the only one in Southwark where the Greens and Lib Dems are competing against each other given Unite to Remain pacts in Bermondsey and Old Southwark and Dulwich and West Norwood.

“We can’t give them a free ride in every constituency,” as she says. Sheppard will be a familiar face to many readers.

She stood as an independent in the last council election in 2017, which she describes as a “personal experiment to see if I could break the Labour stronghold on the council and to gain campaigning experience under my belt.”

She wasn’t successful but claims Labour’s grasp on the constituency could be slipping.

A relative latecomer to party politics, Sheppard joined the Green Party in 2015. “That year I had a few major life events happen. Having my son and then serious health issues shifted my perspective,” she explains.

“I was always an armchair activist but with the climate emergency we can’t just sit around doing nothing, and lots of people agree with me.”

Since then she has lobbied Southwark Council to commit to the climate emergency and has supported plastic free Peckham and other environmental groups.

She is perhaps best known for co-running Nunhead Rocks and helping set Nunhead’s Women’s Institute and organising fundraising and collections for the Grenfell Community.

“In Camberwell and Peckham we are in quite a privileged position as the Tories can’t get in. People can vote with their heart,” she says.

“The Green Party has been leading the way for about 30 years and is the political home for policies other parties have adopted, like Labour’s new green deal.

“Lots of people are now looking at the Green Party with fresh eyes and seeing it as an alternative to Labour.”

She says voting Green is the only way to hold other mainstream parties to account – and get future electoral reform.

“We need reform because in this two party system views aren’t being represented and we need more green voices in positions of power just to make sure that it actually happens.

“It’s one thing to say there is a climate emergency, but another to take the radical steps we need – it’s all mouth and no trousers.

“In the London Assembly Caroline Russell and Sian Berry have held Boris Johnson and Sadiq Khan to account. People can see what Green politicians can do.”

But if Harriet Harman is toppled – will it really be a Green candidate to do it?

“We have had the same MP for nearly 40 years now. I’m somebody really embedded in the community, it’s my home and I’m really passionate a–bout it,” she says.

“It is a shame if people stop trying to run because they think it’s a safe seat. I admire Harriet Harman hugely and her record of reform.

“Going into parliament as a pregnant woman at the time she did must have been hugely intimidating.

“But she has said that she doesn’t want to be a role model as such, as she wants the next generation of politicians to do better. So I thank her for throwing down the gauntlet!”

Forty-three-year-old Sheppard grew up in a council estate in Norfolk. She studied English Literature and Politics at the University of Sunderland, graduating in 1998.

A leaseholder in a social housing block in Peckham Rye, she has lived in south London for 24 years and runs her own market research business, alternating working from home with pitching up with her laptop in the Bussey building. Her husband runs his sports massage business from Holdrons Arcade.

Their four year-old son, Joe, started at Ivydale School this term. Not long after he was born, she had the devastating news that she had cancer, an experience that politicised her.

“I had my treatment in 2016 at Guy’s and it really politicised me because every day I was going in passing the junior doctors who were on strike.

“I owe my life to the NHS. I had radiotherapy and chemotherapy for six weeks. I’m clear now but still having regular check-ups. In 2020 these are going down to yearly ones, rather than every few months, which for someone who has had cancer is the most exciting thing imaginable.

“After my treatment my husband ran the London Marathon and we raised £7,000 for Guy’s and St Thomas’.

“The big problem after my diagnosis and treatment was the return to work. Childcare costs are bigger than a mortgage.

“After four months of trying I gave up on my Universal Credit application. I was calling for hours a day speaking to people based in centres around the country and that was precious time I could have been working or spending with my son.

“The system is particularly hard for self-employed people as there is a different way of doing things and invoicing and they just didn’t understand it.

“I was one of the first people in the country moved onto Universal Credit in the first trial in Southwark and I am probably the only politician standing to have been to Peckham job centre.

“If I can’t get through that system when English is my first language and I’m computer literate, then how can anyone else?

“Out canvassing people’s eyes light up when I tell them about how I found it, because they see I actually understand what they’re going through.”

Sheppard believes the Greens – and her personally – are the perfect antidote to the current system of MPs parachuted into safe seats who dominate our politics.

“We don’t have a party whip, okay we only have one MP at present but hopefully we’ll soon have more.

“It’s a refreshing and unique way of doing things and means that if elected in parliament I could vote with my constituency and with my conscience.”

But is capitalising on people’s disenchantment with mainstream parties going to cut it when faced with racial ideas – like legalising drugs?

Last month she was the only politician or candidate to attend a knife crime symposium organised by Mark Webb, the safer neighbourhood chair for Camberwell Green, a turnout she says left her baffled.

“Knife crime is a difficult and knotty problem, but ignoring it won’t make it go away. Politicians can’t ignore events and be scared of walking around meeting people. We need to focus on social justice.

“Our policy on drugs is to legalise and treat it as a public health issue. The war on drugs isn’t working and it is decimating communities already squeezed by austerity. County lines is a huge problem in Camberwell and Peckham.

“If we follow America’s lead we are just going to end up with thousands and thousands of children in prison who are not going to have a second chance at life.

“Something has to give – we need to support parents with a living wage and provide childcare, not pass judgement if they’re going to work or staying at home. They’re being judged whatever they do.

“I’m one of the last generation of people to get a free degree and I’m not happy to just pull the ladder up. We are discouraging our brightest and best from getting the education they deserve.

“Everyone should be entitled to decent social housing. Affordable is a disingenuous term as you need incomes of £90,000 or more.”

She thinks that after a thirty minute politics chat with two locals in the Ivydale pub last month, one of them may well be voting Green for the first time in his life.

She also believes a raft of climate commitments from Labour, the Tories and Lib Dems won’t cut it.

“We have ten years to decarbonise our economy. Politicians can say anything but people know flannel when they hear flannel.

“Brexit has been a distraction. Most people care about the environment and the NHS. David Attenborough is trusted more than most politicians.

“I do not think it is a Brexit election.  It is a climate election and we have to work across political homes.”

But some people will see it as proxy Brexit poll – so why vote Green and not Lib Dem?

“We are pro-Remain but it is important to put whatever deal Boris Johnson has back to the people rather than hypothetical rainbows and unicorns.

“Give people the actual deal – I don’t think you can have too much democracy.

“To all the people who are thinking of maybe not voting, I would say: the times when you feel that your vote does not count are often the times when it counts the most.

“If you vote for the Green Party, I will be trying to make positive changes and will work with all parties and all politicians.

“You should vote for who you think will work the hardest for you.” Southwark NewsNewsElection Interview: ‘Lots of people are now looking at the Green Party with fresh eyes and seeing it as an alternative to Labour,’ says Camberwell and Peckham candidate Claire Sheppard