Two people were treated at the scene by paramedics 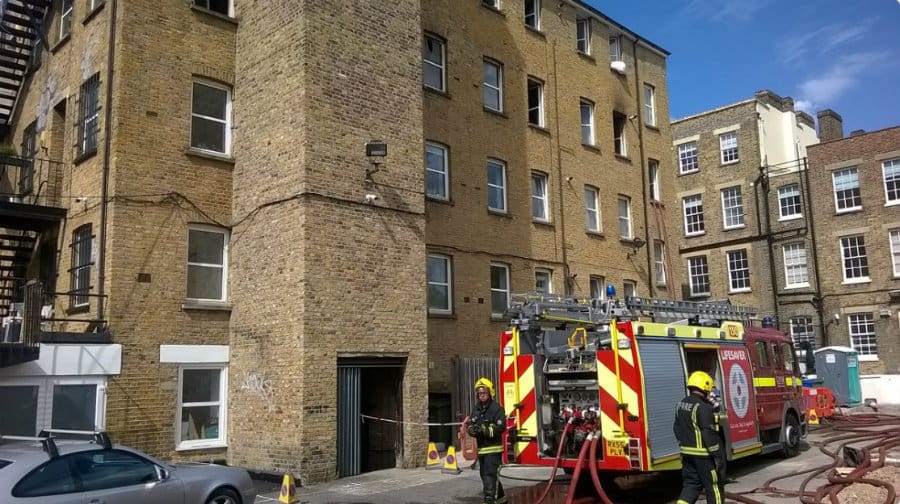 Six fire engines and 35 firefighters were called to a flat fire in Camberwell on Sunday afternoon.

The blaze broke out at in the third-floor apartment in Camberwell Road at 2.33pm.

Investigators believe it was caused by a lithium-ion battery for an electric bicycle overheating while being charged.

Two people living in the flat called to a neighbour for help, who rang the fire brigade.

London Ambulance Service treated the two occupants at the scene.

A third of that flat was damaged by fire and the flat above suffered heat damage.

Firefighters from Old Kent Road, Brixton, Lambeth, Norbury and Peckham fire stations attended and had the fire under control by 4.31pm.