Elephant and Castle blaze caused by ‘electrical fault in car’

Three commercial units were completely destroyed by the fire 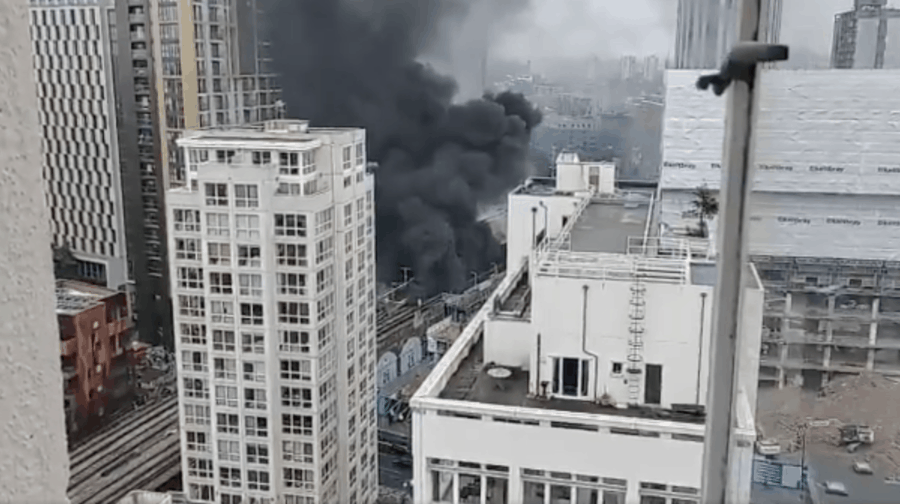 An image of the fire, taken shortly before 2pm (Credit: Peter Clayton)

A huge blaze in the arches near Elephant and Castle railway station is believed to have been caused by an ‘electrical fault’.

London Fire Brigade’s investors said last week’s fire was most likely accidental and started due to a fault inside a car in a spray booth.

Six hundred people were evacuated from the area after an enormous fireball and plumes of thick, black smoke erupted from a garage in Elephant Road on June 28 from shortly before 2pm

Three commercial units were completely destroyed by the blaze.

Four men left the scene before the Brigade arrived, six people were treated by the London Ambulance Service on site and one person was taken to hospital.

The Brigade’s 999 Control Officers took 46 calls to the blaze, which was brought under control by 5.58pm.