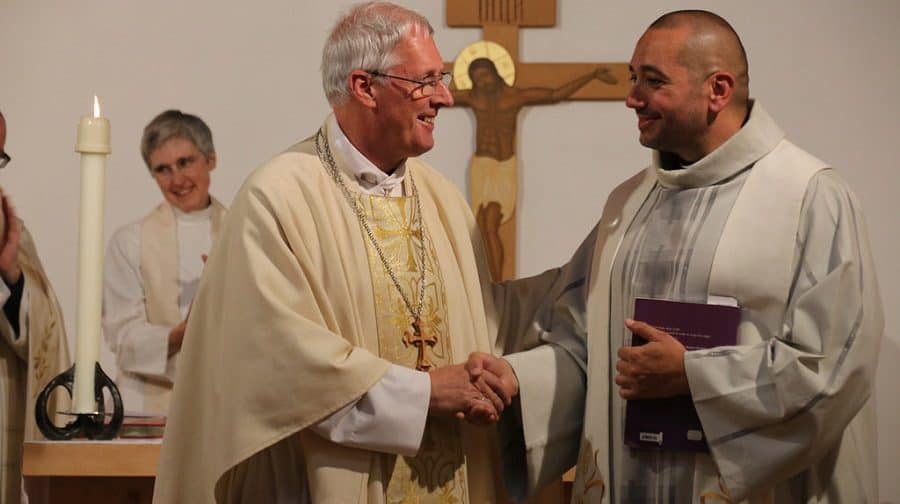 A church in Elephant and Castle has become the Church of England’s first official bilingual parish, writes Jessica Aszkenasy…

On Sunday, two services take place: one in English at 10am, followed by a twin service in Spanish at 12.30pm.

Both services are hosted by the same man: Reverend Hugo Adan Fernandez.

The reverend, who is originally from Madrid, Spain, was licensed as Vicar of Southwark, Holy Trinity with Saint Matthew’s at the Elephant Church in early July.

He hosts two services to incorporate both the British and Hispanic approach to religion.

“We are officially a bilingual parish,” he told the News.

“It’s not only about the language of the services: we have two different communities, in Spanish and in English, which have different ways of understanding space, roles and religion.

“We decided to work together.

“We are trying to acknowledge both ways of being a church.

“British religion is more private, it’s more between you and God.

“The Hispanic way is more about community and relationships.” Reverend Fernandez moved to the United Kingdom five years ago while he was finishing his PhD at the University of Cambridge.

His CV includes missionary work in Tanzania and Morocco.

“We are a Church of England parish, so we are part of a national church but we acknowledge a culture that is not English and is equally valued and protected by the Church of England. This is why it’s unique,” he said.

Bishop of Southwark Christopher Chessun said: “I am delighted that the licensing of Hugo to St Matthew’s will give a new and permanent home to the Diocese’s Hispanic Mission.

“This is another way in which the Diocese of Southwark is fulfilling its Vision of ‘Walking, Welcoming, Growing’ and I look forward to seeing the parish grow as it becomes a home for the Spanish speaking Anglican community, both at the Elephant and Castle and beyond.”