Kieran Croxley, 44, pleaded guilty to all five offences following the incident on a flight from Portugal in May 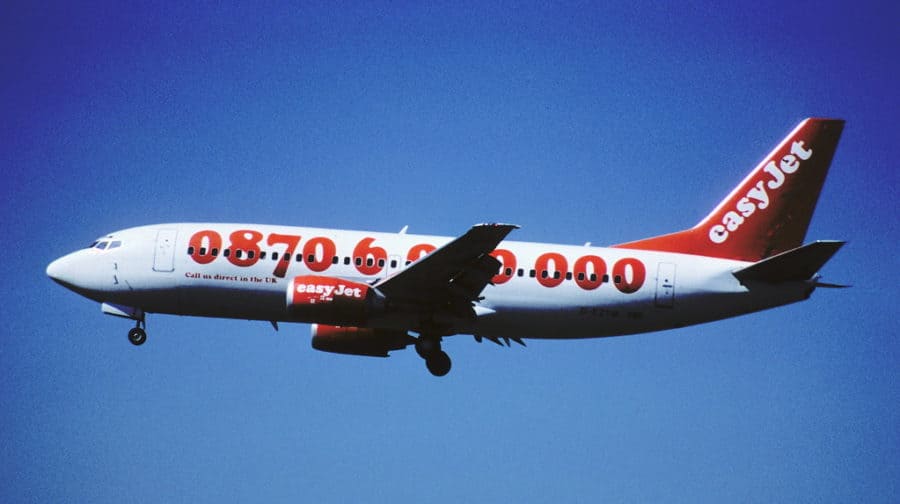 Croxley shouted racial abuse at crew on the EasyJet flight from Portugal in May, the court heard (Image: Aero Icarus / Creative Commons BY-SA 2.0)

An Elephant and Castle man bit a police officer after being arrested for shouting racial abuse on an EasyJet flight to Gatwick, a court heard.

Kieran Croxley, of Howell Walk, is said to have began behaving in an aggressive way to cabin crew on the flight from Faro, Portugal after being asked to sit down and put his seatbelt on before landing.

The 44-year-old also began swearing, using “racially aggravated” language towards the crew during the May 18 incident, said Sussex Police.

When police came to the airport and asked Croxley to follow them, they said he again became aggressive and started swearing.

Police said that during the arrest, he bit one officer’s hand, and dug his nails into the arm of another, causing the skin to break.

While being taken to custody, police say he also attempted to bite a third officer.

“This sort of behaviour is completely unacceptable,” Inspector James Biggs, of the Gatwick Prevention Team at Sussex Police, said.

“No member of aircraft crew, nor their passengers, should have to experience such abuse. Nor should any emergency worker expect to be assaulted for simply carrying out their duties.”

Croxley was arrested and charged with using threatening or abusive words or behaviour likely to cause harassment, alarm or distress; behaving in a threatening, abusive, insulting or disorderly manner towards aircraft crew; and three counts of assault on an emergency worker.

He pleaded guilty to all five offences at Crawley Magistrates’ Court on Thursday, September 26.

The labourer was sentenced to 16 weeks’ imprisonment, suspended for 24 months, and ordered to carry out 100 hours of unpaid work by the court.

“This case should serve as a reminder to passengers of their responsibilities before they board an aircraft,” added Inspector Biggs.