Elephant and Castle roundabout is ‘worst in London for cyclists’ 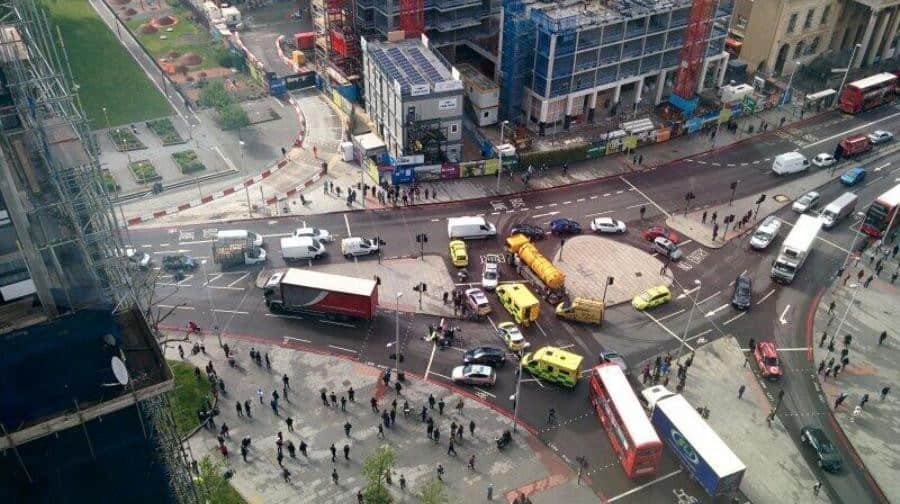 Elephant and Castle roundabout has been described as a ‘Tour De Danger’ for cyclists after a study revealed that it is officially London’s most perilous place to cycle.

Between 2009 and 2013, there were 80 traffic incidents reported to police involving cyclists at the junction, far more than any other hotspot highlighted by the recent study by Aviva.

Caroline Pidgeon, leader of the Liberal Democrat London Assembly Group, said: “These figures confirm that cycling around many gyratories and especially roundabouts such as the Elephant and Castle is nothing less than a Tour de Danger for cyclists.

“With such appalling figures as this it is simply shameful that year after year Transport for London have repeatedly spent just a fraction of their allocated budget on vital improvements to junctions and investing in cycling infrastructure.

“The time for excuses has long passed.  We need real action from the Mayor and TfL to quickly improve London’s most dangerous hotspots.”

A spokesperson for Transport for London said: “While we don’t recognise the interpretation of these figures, we entirely agree that any accident on London’s roads is one too many.

“That is why we are investing nearly £1 billion in upgrading the existing Cycle Superhighways with greater segregation, introducing major new segregated cycle routes and backstreet Quietways, and overhauling dozens of junctions on both our roads and on borough roads.”

Simon Warsop, chief underwriting officer for Aviva, said: “Cycling in London has never been more popular but the continued rise in the number of collisions involving cyclists is alarming. The injuries cyclists suffer can be life-changing, and although we can fix broken metal, we can’t always fix broken bodies.”

Southwark NewsNewsElephant and Castle roundabout is ‘worst in London for cyclists’