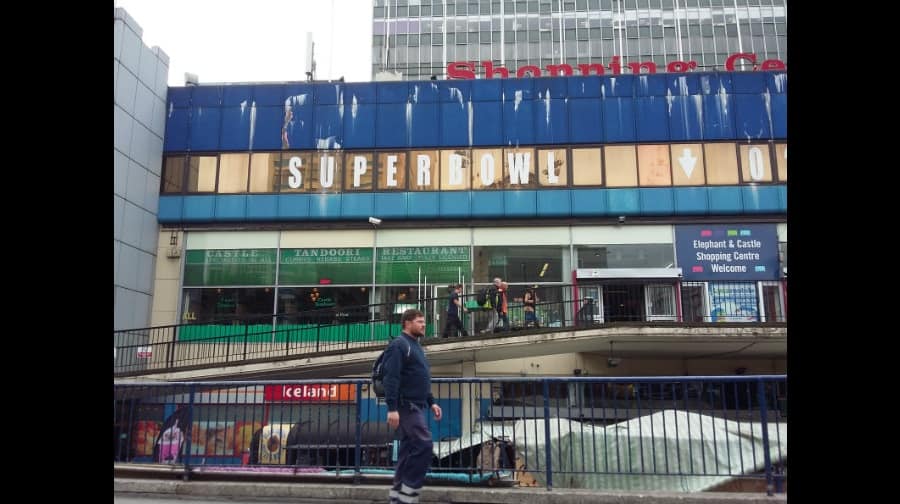 On the eve of the elephant and castle vote, campaigners and councillors are putting pressure on Southwark’s planning committee to reject the controversial regeneration bid.

Last week the News reported that Delancey had made significant changes to its revised offer, and claimed that the issue of more social rent homes was out of its hands as it had received the maximum amount of GLA funding available.

Stafford Lancaster also told the News that around 2,000 people had visited the advisory team based in the shopping centre, where Spanish speakers were helping traders and other people affected.

Liberal Democrat Councillor Maria Linforth-Hall has become a key figure in the debate, representing the Latin American community, which campaigners believe to be disproportionately affected by the scheme.

She told the News last week that she was not against regeneration – and that many people wanted to see the shopping centre – which has had problems with rats and mice – demolished.

But her key concerns are that traders are not being given a right of return, and the density and height of three proposed towers which will overshadow existing social housing on Oswin Street and the Hayles Buildings, leading to loss of light.

She told the News that she welcomed changes agreed by Delancey, including increasing social homes to 116 from 74 and a children’s playground, and better engagement with the Spanish-speaking community.

But she said she still cannot back the bid as there have been no concessions on the size and density of the tower blocks affected in her electoral ward.

“I think if they are going to pass on the right there ought to be an awful lot of conditions to amend certain things and look again at the three towers,” she told the News on Friday.

Ms Linforth-Hall is expected to give an impassioned speech on Tuesday night at the planning committee meeting encouraging her colleagues to reject the bid.

Rebecca Lury, deputy leader and cabinet member for culture, leisure, equalities and communities has also re-affirmed her objections to the bid. “Over the last six months Delancey have moved a long way from the abysmal offer we saw previously at planning,” she tweeted last week.

“And whilst it is great to see Delancey proposing 116 social rented homes, this is in a huge part thanks to GLA funding and remains non-compliant.

“I am worried for the future of our traders and the bingo users as they continue to have an uncertain future at the Elephant, although I do know a traders panel is in discussion and alternative space is being considered.

“Delancey still have a chance to make changes and to provide clarity on a number of details before this decision is made on Tuesday.

“I hope they will reflect on what the councillors and the community called for and strive to deliver for Elephant and Castle.

“Whatever happens on Tuesday, I’ll continue fighting for the communities in Elephant and Castle. As I have said before, I’m not against the redevelopment of the shopping centre, but not at the expense of compromising policy and destroying our communities.”

Speaking to the News last week, Faraday ward Councillor Jack Buck was keen to emphasise the ‘non-political’ nature of planning decisions, and his concerned a ‘yes’ vote could set a precedent for non-compliant developments.

The Labour councillor said: “As this is a planning issue it is of course non-political and I know everybody in the administration are pushing Delancey as hard as they can to improve their offer before it goes to planning.

“I have spoken to Cabinet Member Johnson Situ extensively on this issue as well as the North Walworth councillors Rebecca Lury, Martin Seaton and Darren Merrill who are all determined to see a proposal come forward that serves the basic needs of the community.

“I am very clear however that it is not the position of the council to ensure Delancey come forward with a policy compliant and viable scheme, it is Delancey’s responsibility to deliver that in the first instance.

He went on to say: “Delancey’s revised offer has gone some way to addressing the concerns raised by the planning committee in January, but in my view still fall short of the council’s minimum expectations for social housing.

“Whatever outcome the planning committee comes to will set a precedent in the borough, as this is the first major scheme being considered by a developer investing significant funds in property for the rental market.

“As a consequence the council needs to be resolute in demanding our minimum expectations set out in the core housing strategy that every scheme should be 35% affordable housing, of which 50% must be social housing.”

The vote comes five months after tense council meeting on January 16 that ran into the early hours and deferred a final decision until after the local elections in May.

The council will be live-streaming what is expected to be a packed meeting, with campaigners planning to stage a protest outside the Tooley Steet offices before the committee convenes.