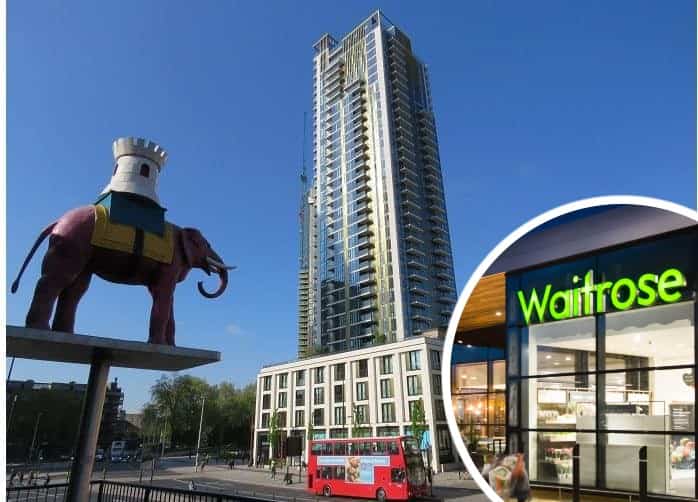 Image: One the Elephant, inset: Waitrose

Nearly 200 people have signed a petition to have a Waitrose or M&S in Elephant and Castle.

The petition on the change.org website calls for the two upmarket supermarket chains to take a premise at One the Elephant, once it is vacated by developer Lendlease’s marketing offices.

First reported by the London SE1 website, it has been signed by 185 people.

According to its author, “this petition will be used to influence the Landlord of [One the Elephant] and indicate a clear view from local residents on a preferred new commercial tenant.”

Those signing the petition say a Waitrose at the premises “will enhance the area further.”

“It will be a triple win for residents, supermarket operator and the developer for Elephant Park,” said signatory Philip Tong.

Another, Max Hobbs, said: “I think it would be an excellent addition to the area and in keeping with the other regeneration going on around us.”

While a third, Ashraf M Elsayed Aly, said he was a landlord, and that “it will be great to have one of them in our building.”

The call has been criticised on social media, however.

“The most amazing South American cultural hub is getting turfed out and they’re campaigning for a Waitrose?” said one Twitter user.

“There are countless beige neighbourhoods they could have picked for that convenience.”

No one could call Elephant and castle “beige” it is vibrant and diverse. The deli just up towards borough at the weekend had a queue all weekend… There is clearly a demand for quality products to add to the mix!

The middle classes laying claim before its even started. They are left liberal , support cycling and environmental causes but have no qualms driving out poorer people so they can create another enclave