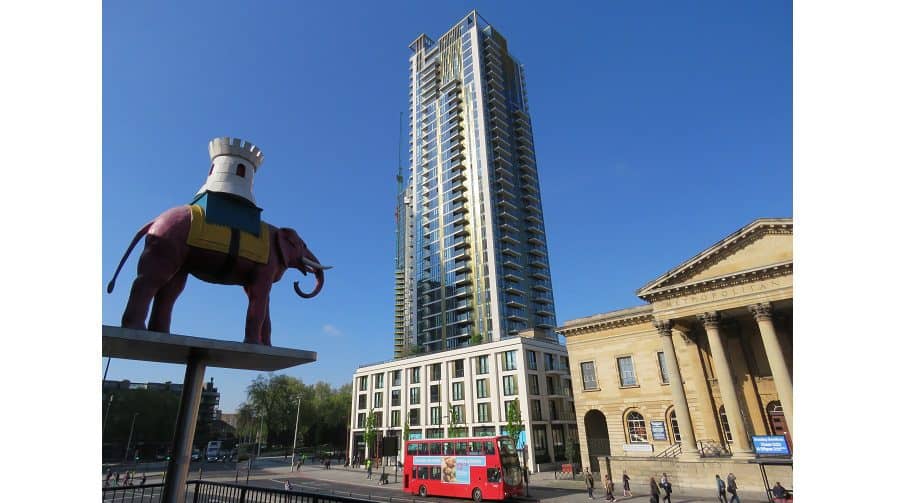 The elephant statue that used to stand outside the Elephant & Castle shopping centre is coming back to the area.

The shopping centre is being knocked down to make way for a major new development, with a fierce and long-running legal campaign against the demolition dismissed by the court of appeal last week.

The elephant statue has been freshly painted and is being installed in Castle Square, which is part of the new development. It is due to be unveiled on June 26 at a special ceremony.

The day will include a performance of Elephantastic: The Story of a Travelling Elephant, a short play written and directed by Southwark Playhouse artistic director John Whelan.

The fifteen-minute performance tells the story of the local area through dance, narration and music, and covers famous people who lived in the local area, like Charlie Chaplin, early feminist writer Mary Wollstonecraft and Michael Caine.

Local businesspeople welcomed the arrival of the elephant statue. Juan Olivares, CEO of Inara Money Transfer, called it “a symbol of Elephant and Castle” and “an iconic sculpture”.

Faye Gomez, owner of Kaieteur Kitchen, added: “Elephant and Castle [has] been a long-standing home for most of us traders, so it’s a great pleasure to have the statue back in Castle Square.”

Elephant and CastleUp The Elephant