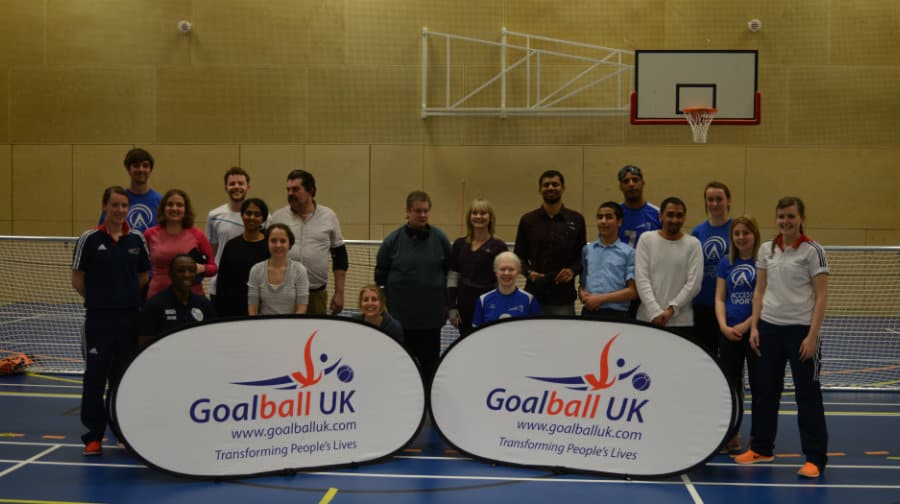 London’s only Goalball team, based in Elephant and Castle, has seen a huge uptake of membership following the London 2012 Paralympics, Kirsty Purnell writes…

The sport has experienced a “massive boom” across the UK following exposure through the 2012 games, which has led to the London Elephants gathering 58 members in their first six months of operation.

Paralympic Star Jess Lukes attends “almost every session” according to Chris and as well as playing, provides a lot of support to the new players.

“She’s really eager to help new players. She understands what it’s like to learn the game with a visual impairment.”

Goalball was originally devised to support the rehabilitation of visually-impaired WWII veterans. The ball contains a bell and players wear eyeshades, to ensure a fair match between participants. The aim of the game is for players to get the ball into their opponents net, while defenders use their body to prevent the ball going in. Now, goalball is played by both visually impaired and sighted people and London Elephants are keen to welcome people with and without a disability.

The team are also bucking the London trend of low sports uptake among people with disabilities, after a Sports England study revealed that 70 per cent of those registered disabled in the capital play no sport whatsoever.

Abdul Hameed, a London Elephants member, believes that low sports uptake could be for a number of reasons. “It may be access, maybe people are too shy or maybe they’re not motivated but people are more than welcome to join us and it’ll boost their confidence,” he said.

“Elephant and Castle is hugely accessible,” said Chris from Goalball. “The transport links are excellent and the station staff are usually very helpful.”

The Elephants train at The Castle Leisure Centre, 22 Elephant and Castle, SE1 6SQ, every second and fourth Tuesday, 6-8pm.