Elephant and Castle plans to be decided 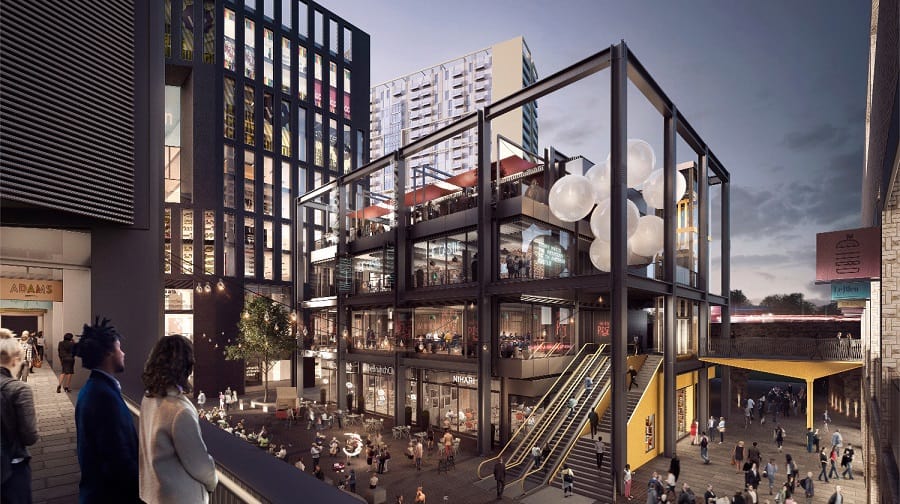 The future of the Elephant and Castle shopping centre and the surrounding area is set to be decided on next week.

The huge ‘town centre’ development proposes to demolish and rebuild the existing shopping centre and London College of Communication campus, and bring 979 homes, an additional Northern Line entrance, and a cinema and music venue to the area.

Dozens of businesses in and around the shopping centre would need to be relocated before its demolition in 2019, if councillors rubber stamp the proposal at a planning committee this Monday, December 18.

The plans, drawn up by Delancey Ltd, which owns the shopping centre, have so far been met with significant opposition from traders, residents and councillors alike.

A meeting was held at the shopping centre on Tuesday, where representatives of the 35% Campaign, traders, university, and the Latin community discussed the plans.

One representative, who did not wish to be named, told the News: “The principle concerns were social housing – that the development is non-compliant both with existing policy and emerging policy in the New Southwark Plan.

“The headline to our mind is that this is a development where there are 979 dwellings – and 33 of them are going to be social rented. It’s inexplicable.

“There’s also considerable concern regarding overshadowing of properties in the conservation area and as far as the traders are concerned there’s a very large representation of the BAME [black, Asian and minority ethnic] and Latin community among those traders who’ve not been given any assurances that they will remain grouped when they move out.

“There’s also concern regarding the provision of amenity for older residents who make considerable use of the bingo hall and we have grave doubts that that facility will be included in the revised plan.”

East Walworth councillors Rebecca Lury, Darren Merrill and Martin Seaton said they were not opposed to the shopping centre being regenerated, but raised concerns over the level of both affordable housing and affordable retail space, and the closure of the bingo hall.

Tree Shepherd, a business and employment social enterprise, was brought in by the council to work with 25 of the independent traders in the existing 1960s shopping centre.

Colin Crooks, who set up the organisation, said: “Obviously the bigger companies like Boots will be fine but these guys who’ve been invested in that community, some for 20 or 30 years, will be quite severely affected by the process.

“Of course they are worried and it’s frightening and distressing to suddenly see the place they’ve worked in being uprooted, but I think a lot of them are also saying that the space itself is very run down.

“They are anxious and they’ve got some concerns about current activity levels in the centre so one of the things we are really keen to get across it that the shopping centre is still open.”

A spokesperson for Delancey commented: “Thirty five per cent of the homes will be offered at affordable rents, with some below social rented levels, on a site where previously there were none.

“The new homes being proposed will be funded solely by the private sector and, as a result, affordability is balanced with financial viability.

“Up to ten per cent of the retail units will also be marketed at discounted rates for the first five years, to allow local businesses to continue to trade alongside the new amenities.

To view and comment on the plans online, visit: http://bit.ly/2iXAo6G

Finally! I hope there are no more stalling tactics. Let Delancey just get on and do it now. Far too much time has been wasted already.

I remember the area as a child when it was alive – the area was killed with the most ugly and boring of buildings. Now boys, try to do better this time!!! And don’t forget that the church across the way was once the home church of the great Charles Haddon Sprugeon (who???? Look him up!). I hope that a new monument to MICHAEL FARADAY, one of the great scientists ever produced in this country or any other country for that matter, will be part of the area’s new look. Somehow, I have little faith that the Elephant will be revived and become an important and vital area again.

I do hope they put up the pretty pink elephant again, and maybe include the lovely old tiles of the elephant doing a headstand in the new shoppping center.

Southwark NewsNewsElephant and Castle plans to be decided