Elephant and Castle Shopping Centre demolition now due in 2019 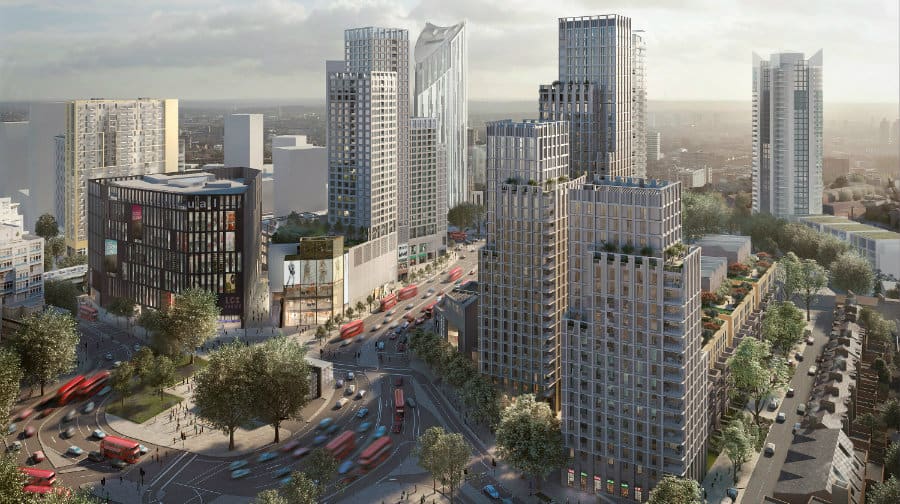 An artist's impression of the Elephant and Castle regeneration: view from north-west of the junction

Demolition of the Elephant and Castle Shopping Centre has been pushed back to 2019, a report from Southwark Council has stated.

In October 2016, the News reported that the developer, a company called Elephant & Castle Properties Co. Ltd, planned to pull down the site and begin construction in 2018, as was indicated by its agents, Delancey Ltd.

The update came at Southwark Council’s cabinet meeting on May 9, which focused on work that needs to be done by the developer before planning permission is considered.

But the council has also said it will “require” the developer to provide a “package of measures” to support 27 small businesses inside the centre (among 86 that will be affected by the entire redevelopment scheme) to relocate into the local area.

It was agreed by sitting cabinet members that measures within a “relocation strategy” would include:

Patria Roman of Latin Elephant – a charity fighting on behalf of the centre traders – raised concerns at the May 9 cabinet meeting about what support would be given to the traders. She later told the News she was given confidence by comments from Cllr Mark Williams (cabinet member for regeneration and new homes) that planning permission would not be given unless a relocation strategy was approved. Council leader Peter John was also reported to have said the developer should work with the traders, and come back to the council in six months.

Meanwhile, Southwark Council has said it could use a CPO to oust the bingo hall and bowling alley if the developer was unable to make a deal with its owner Palatial Leisure, to buy them out.

But Patrick Duffey, managing director of Palatial Leisure, said on Tuesday that Delancey had since produced a “detailed list” of seventeen potential locations to which his bowling alley and bingo hall could relocate.

The Assessment also highlighted the potential risk to older people if the bingo hall was forced to close.

This is really sad, the shopping center is completely run down, and it needs to go ASAP!

Southwark NewsNewsElephant and Castle Shopping Centre demolition now due in 2019