Elephant & Castle stars take to the silverscreen at BFI festival 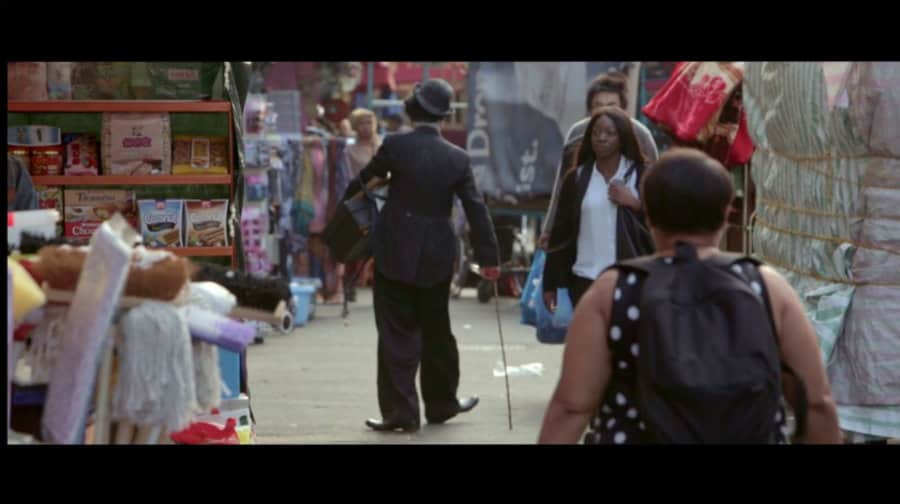 The stars of Elephant and Castle are about to hit the silver screen after a documentary on the area was selected for the capital’s major film festival.

The feature-length Elephant Days, which explores the hidden beauty of the world behind the much maligned roundabout and shopping centre, will be premiered to the masses at the BFI London Film Festival next month.

The recording of local band The Maccabees’ long-awaited second album makes up one of six twenty minute vignettes. The other well-known characters to star include Walworth Road tailor George Dyer, the Peckham Pride basketball team, Guerrilla Gardener Richard Reynolds, the Crossways Church and Arments’ pie and mash shop – of course.

Co-director James Caddick moved in with Crossways’ own man of the cloth, Reverend Peter Stevenson, for the two and a half years it took to capture this “special community” before it disappears in the throes of redevelopment.

“It’s a very beautiful community,” said Caddick, speaking to the News as he compared Elephant and Castle to a ‘boring postcard’ when viewed from the outside. “But under the surface are all these diverse stories and communities thriving – a lot of unique colourful communities,” he said.

Highlights of Caddick’s filming marathon with co-director James Cronin included witnessing the moment the Peckham Pride youth team won the national championships and capturing the demolition of the Heygate.

“We didn’t know that was going to happen at the start of the project,” said Caddick, who feels Elephant Days has “caught a moment in time” before the nature of the area is changed forever by fast-paced regeneration scheduled over the next ten years.

Caddick hopes cinema-goers who have never set foot in the Elephant will take an important lesson from the film.

“I hope that people will think about what it means to have an environment that they call home and what happens when that’s no longer there,” he said.

Although Caddick says the film tells the story of the characters of Elephant and Castle, rather than delivering a message about regeneration, he admits there is a cautionary message within it about the effect of gentrification.

“People come in with all this money and just want to reinvent a place but you don’t re-invent community. It grows and flourishes when people come together and create culture.”
For details of where you can see this cinematic loveletter to Elephant & Castle, visit www.elephantdays.co.uk