The latest development in the £2.5 billion scheme 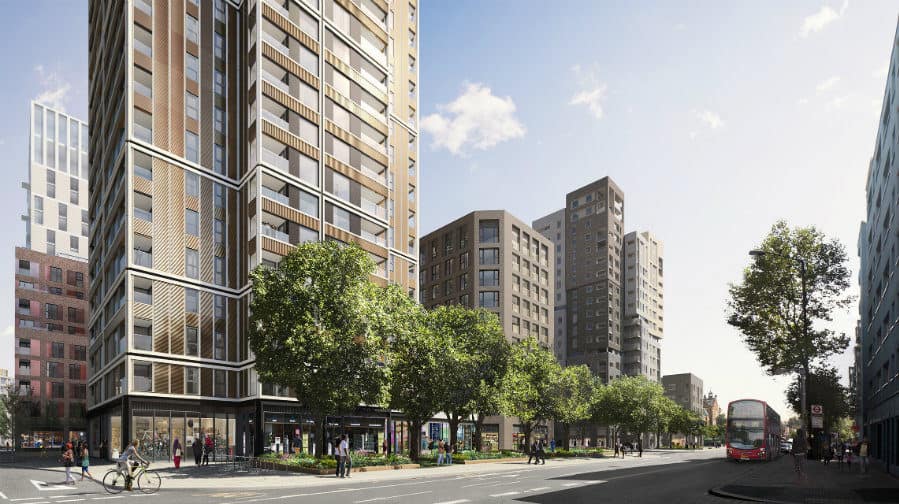 Over 100 new “build-to-rent” homes are to be built on the site of the former Heygate estate near Elephant and Castle.

The 18-storey building is part of the new £2.5 billion development in the area being led by Lendlease and Southwark Council.

Lendlease and Canadian pension fund CPP Investments are investing an added £40 million each in the project, and plan to start building in the first half of this year.  They will then be let directly to private tenants.

Build-to-rent homes often come with perks, like a property manager and longer tenancies, but rent tends to be higher accordingly.

Tom Mackellar, chief financial officer for Lendlease Europe, said: “This deal demonstrates the strength of our partnership with CPP Investments, and our partnership is already set to bring hundreds of high-quality new build-to-rent homes to Elephant Park in south London.

“The sector is rapidly expanding in the UK and we look forward to helping meet the demand for that type of property.”

The Heygate estate, which was home to around 3,000 people, was demolished in 2014.  Most flats built in the first phase of the regeneration sold to foreign investors, according to a 2017 Transparency International report.

“This will have an impact on the viability of the Elephant Park scheme,” said Jerry Flynn, who runs the 35 percent campaign which has lobbied for more social housing in the development.

“How much more money is Lendlease making?  This should increase the amount of socially rented property in the development.”