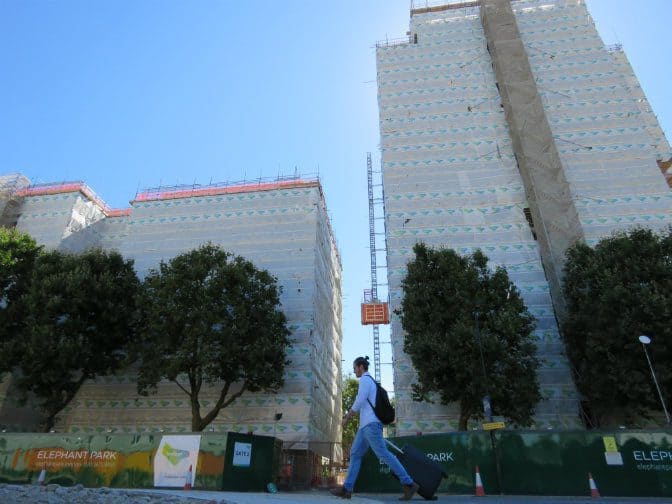 The developer behind the £2billion Elephant Park has told the News it helped create jobs for 500 Southwark residents since 2013.

Australia-based Lendlease were chosen by Southwark Council in 2007 to deliver the 593 on the former site of the Heygate Estate in Elephant and Castle.

The company said 247 of these jobs had gone to unemployed people, including some former Heygate Estate residents. It added that 121 people had gone from long-term unemployment into at least six months of sustained employment on the project.

Rob Heasman, Lendlease’s project director for Elephant and Castle, said: “Providing employment and training opportunities to local people in Southwark is a direct benefit of the transformation our development is bringing to the Elephant and Castle.

“We’re really pleased to have been able to help local people looking to work in construction, either by providing them with full-time jobs on their doorstep, or by equipping them with the skills they need to secure opportunities across the wealth of construction projects underway across the borough.”

Mark Williams, Southwark Council’s cabinet member for regeneration and new homes, said: “The regeneration of Elephant and Castle is delivering real benefits for local residents, including new affordable homes and the new Castle Leisure Centre which is now open.

“We are working closely with Lendlease to provide jobs for our residents and it’s great news that 500 Southwark residents have now worked on site, with nearly half being previously unemployed.

“It is great that so many people have already been able to take advantage of the opportunities offered through the regeneration of the Elephant and Castle and many more will be able to gain valuable experience and skills as the development continues.”