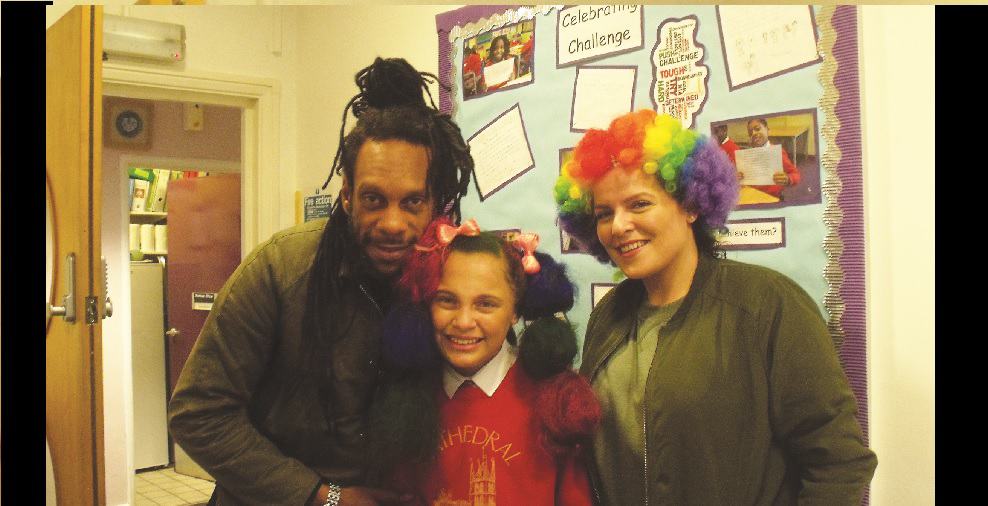 An eleven-year-old girl raised £400 for Great Ormond Street Hospital (GOSH) Children’s Charity after fighting for her life there as an infant.

Amecia Hylton, who was born with chronic lung disease, organised the Bad Hair Day Event at her school on February 10.

Pupils and staff at the Cathedral School of St. Saviour and St. Mary Overie were called on to come to school with the craziest hair dos they could muster.

Amecia (in red) with schoolmates and teachers

The “usually quite shy” Amecia battled her nerves two weeks ago to stand up in assembly and promote the event to the 230-strong student body in her school.

“The whole thing has really contributed toward her confidence growing,” said Caroline, who is also an ex-pupil of the school.

At just fifteen-months-old, Amecia was rushed to GOSH and connected to an ECMO machine, which acted as her lungs for ten days.

The youngster has been fundraising for GOSH Children’s Charity for the past six years through the Race for Kids event and this year, plans to do her first Santa Dash event.

“Winter’s usually a bad time of year for Amecia with coughs, colds and trips to hospital but fingers crossed we can do it this year,” said Caroline.

Assistant Head and SENCO at the school, Mr Rojas, has taught Amecia since she came into the school in Year 1.

“Amecia is a beautiful individual and it’s been a pleasure to see her blossom,” he said.  “And Caroline has been a complete pillar of strength – for Amecia and for the school,” he said.