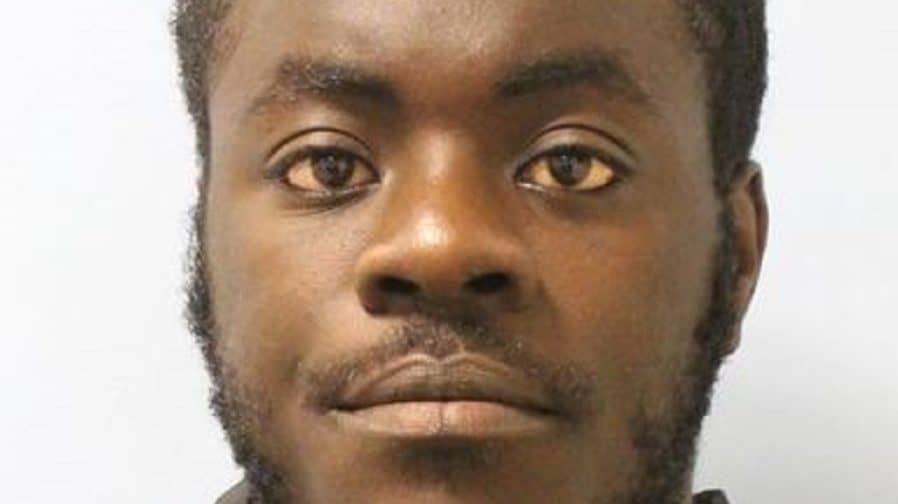 A nineteen-year-old ‘habitual knife carrier’ from Camberwell’s Elmington Estate, who owned a hunting knife and machete, was jailed for fourteen months yesterday.

Aka-Kadjo was also given a criminal behaviour order to stop him from going to specific areas indefinitely.

Police say on Friday, March 2 at 3.45am a black Peugot was seen driving at speed on Clapham Road.

After failing to stop, police started a pursuit down Acre Lane to Porden Road, SW2, where Aka-Kadjo ran from the vehicle and threw the car keys over a wall into a building site.

After Aka-Kadjo was detained, officers searched the car and found a ‘large hunting knife’ in the foot well of the driver’s side.

Aka-Kadjo was charged on Friday, March 2, with possession of a bladed article, dangerous driving, failure to stop for police, driving without a licence and driving without insurance.

He was remanded in custody before appearing at Camberwell Green Magistrates’ Court on Saturday, March 3, and then released on bail.

On Monday, June 18, while still on bail, Aka-Kadjo and a seventeen-year-old male friend were walking down Wyndham Road when the friend was hit from behind by a car mounting the pavement.

The driver did not stop and the victim was not seriously injured.

Before officers arrived a witness saw Aka-Kadjo get a machete from the friend’s waistband and run into a nearby estate.

After a search of the area, officers found the weapon stored in an abandoned fridge and arrested Aka-Kadjo for possession of an offensive weapon.

In custody a freedom pass that did not belong to him was found in his shoe – resulting in his further arrest for handling stolen goods.

The seventeen-year-old friend was taken to hospital and also arrested on Tuesday, June 19, for possession of an offensive weapon.

He pleaded guilty and was given a youth rehabilitation order and ordered to pay a victim surplus charge.

Aka-Kadjo pleaded guilty to handling stolen goods and for all weapon and dangerous driving offences and will now spend fourteen months behind bars.

Detective Constable Raymond Sekalongo, from Lambeth CID, said: “Kevin Amon Aka-Kadjo was a habitual knife carrier and is the exact type of person that we are committed to taking off of London’s streets before they can do any real damage to others or even to themselves.

“Lambeth and Southwark officers along with the wider Metropolitan Police will continue to identify and apprehend anyone who makes the decision to carry weapons.

“I hope that the sentence handed down will deter anyone else who is thinking of carrying a knife or who decides to drive with reckless disregard for the safety of others.

“It was pure luck that no-one was seriously injured or even killed by Amon Aka-Kadjo’s dangerous driving, particularly in the icy conditions at the time of the incident.”

Anyone who has information about people carrying knives should call police by dialling 101 or call Crimestoppers anonymously on 0800 555 111.