“This case has generated huge interest. Leaseholders on council estates across London can see what is in store for them, if they stand in the way of a regeneration and we will be drawing on their support to fight the battle ahead," campaigner said 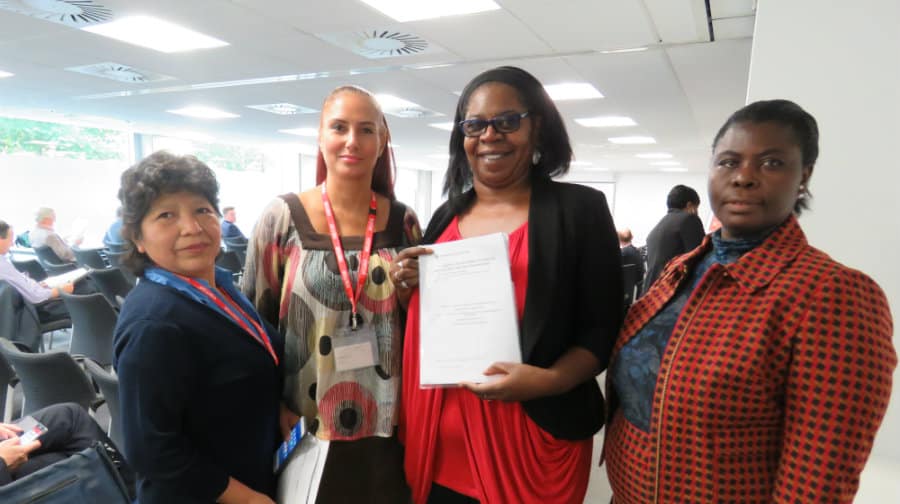 The Embattled leaseholders on the Aylesbury Estate “remain confident” they will win their battle with Southwark Council over plans to evict them.

The leaseholders released a statement last week in reaction to the decision by secretary of state for Communities and Local Government, MP Sajid Javid, not to fight the council in court.

A hearing was set for May 9, in which the government was expected to defend its decision to block the council’s compulsory purchase order (CPO) of seven remaining leaseholders’ home in Phase One of the estate.

Mr Javid’s decision to block the CPO came in September last year. Mr Javid argued that buying the leaseholders’ homes would “contravene” their human rights, as the compensation offered to them by Southwark was too low.

One leaseholder, Beverley Robinson, said: “It’s a great pity that Mr Javid has thrown in the towel and given up the battle over one single point.

“He confirmed his own Inspector’s recommendation that the CPO should not be granted and he promised to defend that decision ‘robustly’.

“We are already facing the loss of our homes and cannot take on the additional risks of paying Southwark their legal costs too, so we have reluctantly decided to consent to the case ending.”

It is understood by both the council, the government, and the leaseholders that a new public enquiry will take place to decide the legality of the council’s CPOs.

Southwark Council leader Peter John said: “We are really pleased that the secretary of state has quashed his previous decision, and will now allow us to hold a new CPO inquiry. We remain committed to regenerating the Aylesbury Estate for the benefit of local residents.”

Holding another public enquiry will at least mean further delays to demolition of Phase One (which includes the Bradenham, Chiltern, Chartridge and Arklow). But the prospect of a second public enquiry also means that Southwark Council’s CPO could be rejected a second time.

Jerry Flynn of the 35% Campaign, who have supported the leaseholders, said: “Southwark’s case will be tested and we will be ready for that inquiry.

“This case has generated huge interest.  Leaseholders on council estates across London can see what is in store for them, if they stand in the way of a regeneration and we will be drawing on their support to fight the battle ahead.”