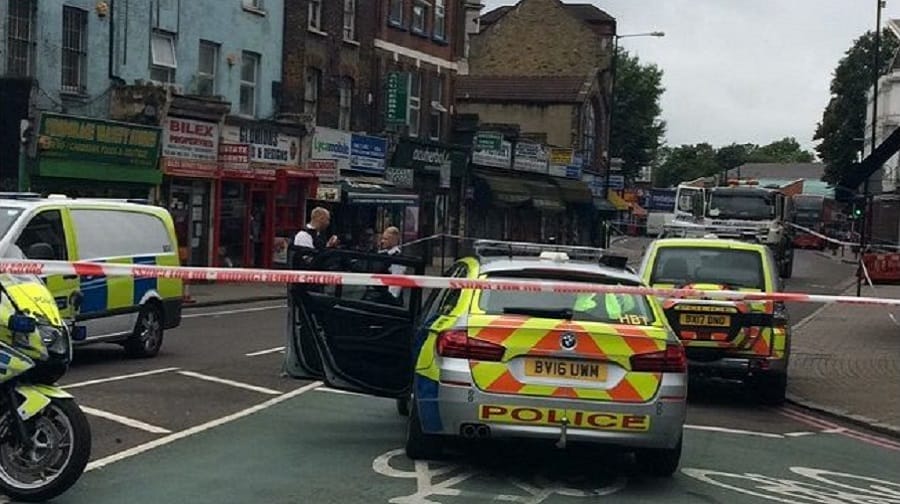 An emergency meeting on the safety of Peckham High Street has been called by the council, after an elderly man died crossing the road – exactly two years to the day of another pensioner’s death on the same stretch of road.

Police confirmed that a man in his 70s died shortly after a collision with a lorry at about 10am on Monday, September 4.

Nicholas Okwulu, whose Pempeople shop overlooks the scene, told the News: “I was going past and I could see the guy covered up on the floor.

“I was literally on the phone and saw it out the window. The truck came to a stop right outside my shop. People flagged him down.

“I think it was an old man and I think he had crutches.”

The driver stopped at the scene and no arrest was made, a Met spokesman said.

The tragic death brought back memories from September 4, 2015, when an elderly lady, Mary O’Leary, was run over by a truck which failed to see her crossing.

An inquest held last year found that the driver had been blameless in Ms O’Leary’s death, and focused on positioning of mirrors in the driver’s truck, but did not delve into the layout of the pedestrian crossing.

But Southwark Council’s cabinet member for transport, Ian Wingfield, has told the News he will press TfL to “implement the long-awaited plans to improve safety on this site”.

Cllr Wingfield said: “We are very saddened to hear that another pedestrian has been killed in the same place as Mary O’Leary lost her life exactly two years ago to the day, our thoughts are with the family of the man who died on Monday, and Mary’s family, for whom this must be hard news to take in.

“We have been in discussions with TfL for some time in relation to safety improvements for this specific site and TfL’s plan for a pedestrian safety scheme began in 2015.”

The council has said a meeting with TfL will be held on Monday.