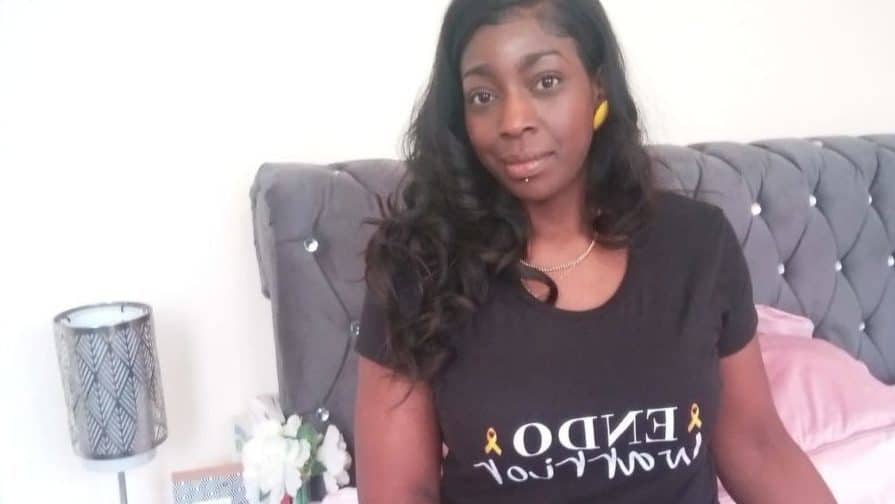 An ‘Endo Warrior’ from Camberwell hopes to raise awareness of Endometriosis, an often misdiagnosed condition 1.5 million women suffer from in the UK.

Thirty-nine-year-old Natasha Griffin hopes her story will inspire other women to get help and speak openly about the debilitating condition.

Endometriosis is where cells similar to those in the lining of the womb grow in other areas of the body such as the ovaries, fallopian tubes, bladder and bowel. Each month the tissue breaks down and bleeds but has nowhere to escape; causing inflammation, pain and scar tissue.

The condition ranges in severity, with some women having few or no symptoms, and others experiencing agonising pain each month.

It is believed to affect one in ten women of reproductive age but due to the nature of its symptoms; historic lack of awareness among healthcare professionals and patients; and difficulty diagnosing without an invasive procedure; the crippling symptoms have often been dismissed as simply ‘bad periods’.

Currently, the only way to confirm endometriosis is with a surgical examination called a laparoscopy, carried out under general anaesthetic.

Natasha, from Camberwell was advised by doctors to go on the pill at the age of sixteen to cope with the pain she experienced while menstruating.

“I couldn’t maintain the pill because it plagued me in other ways,” she said. “My weight ballooned, I had constant headaches and I regularly complained to my GP who referred me for a laparoscopy.

“Before the surgery, I was warned that there was a possibility of coming out with rips and scars.

“I was told that my fallopian tubes would be checked too. I almost fainted when they told me that there was a chance of me waking up with my tubes removed. I blacked out.”

There are limited treatments for the condition, ranging from taking painkillers and hormonal contraceptives, to having some of the endometrial tissue removed from parts of the body, to full hysterectomies in the most severe cases.

Endometriosis can also affect infertility. For women who do conceive, symptoms can ease during pregnancy but can return after birth, sometimes even worse than before. This was the case for Natasha, who described her menstrual cycles as ‘worse than ever’ after having her baby.

“It was so tough trying to balance motherhood, chronic pain and heavier bleeding,” she explained.

“I was referred for a second laparoscopy, which confirmed endometriosis had grown back.

“I tried to press for a third surgery but it was refused. The doctor I spoke to was incredibly blunt.

“He told me that my options all led back to induced medical menopause. I explained that I was still young – I was 36 at the time – and he responded, raising his voice, ‘Well, you make your mind up and tell me what it is exactly you want.’

“This left me in a state of mental trauma because of the way the doctor dismissed my pain in such a shocking manner.”

Her experience trying to navigate treatment for her condition led her to set up Embracing Moi, a not-for-profit, aimed at supporting and advocating for people with chronic illness and disabilities.

On average it takes over seven years for a sufferer with endometriosis to be correctly diagnosed.

An inquiry by MPs last year found that 58 per cent of 10,000 women with the condition surveyed had visited their GP ten times or more due to their symptoms before being diagnosed. Forty-eight per cent had been to A&E.

Under 20 per cent had visited a specialist centre for treatment and support – highlighting what the charity Endometriosis UK says is a ‘postcode lottery’ in care.