Our ‘Enry’s Ferrari gets auctioned off

The car owned by Henry in the early 1980s visited the Fellowship Inn on the Bellingham Estate in Lewisham where he trained before his knockdown of Muhammad Ali on June 18, 1963 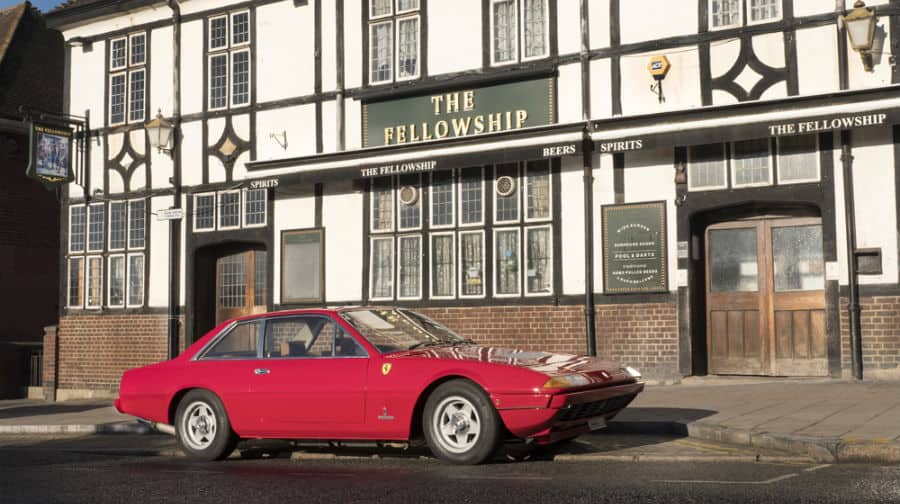 Boxing legend Sir Henry Cooper’s 1973 Ferrari 365 GT and a pair of signed gloves went under the hammer at a Coys auction this week, as part of their yearly True Greats auction.

The car owned by Henry in the early 1980s visited the Fellowship Inn on the Bellingham Estate in Lewisham where he trained before his knockdown of Muhammad Ali on June 18, 1963.

A model statue of Henry was also flogged to raise money for the London Ex-Boxers Association.

Henry later became friends with Ali, who passed away this year, who admitted he was hit so hard in fight that “his ancestors in Africa felt it.”

Following his retirement from the sport, Henry continued his career as a television and radio personality and to date remains the only boxer to be awarded a knighthood.

Chris Routledge, CEO of Coys, said: “He loved his cars, was a great motorsport enthusiast and at one point even did some club racing alongside his great friend Graham Hill.

“Known as Enry’s Ferrari by various marque specialists, the provenance of this car makes it a sound investment and could be the ideal Christmas treat for discerning collectors.”

Henry, who passed away on May 1 2011 aged 77, used to train in the Thomas a Becket pub on the Old Kent Road during his career as a boxer.

Despite his few boxing successes, his popularity was huge among the British public, with him being named Sports Personality of the Year twice, and heading flu jab campaigns for the NHS.

John Samuel, a friend of Henry’s, said after his death: “When asked to explain Henry’s enduring popularity, I would explain that if he were to be offered £10,000 to make an after-dinner speech, and it clashed with an unpaid appearance at a boys’ club when he had given his word that he would attend, Henry would unhesitatingly refuse the fat cheque and be there for the youngsters.

“He was a good boxer, but an outstanding man.”